The Ukraine Horror And The Worldview Problematic 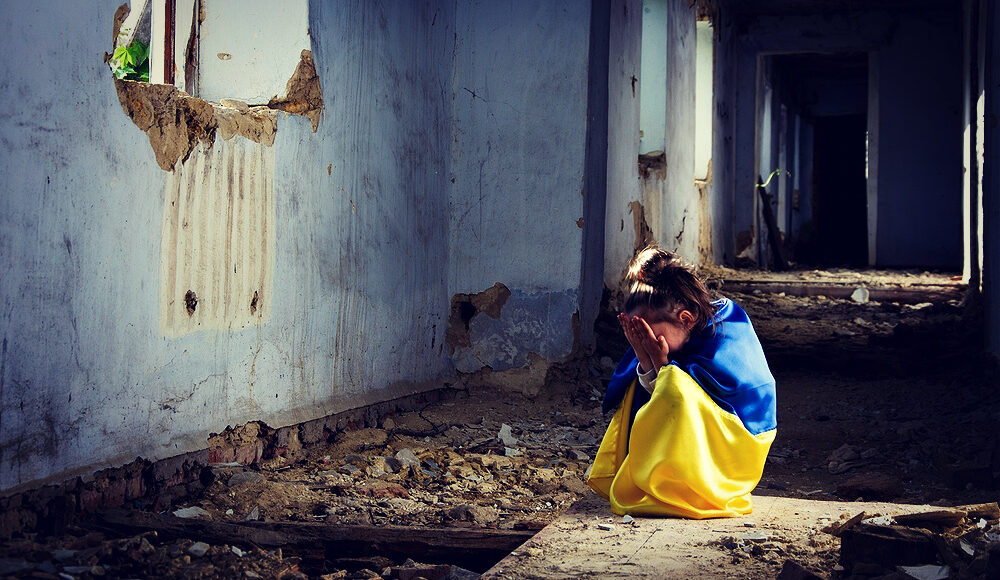 Like many people worldwide, I participated in a dialogue last night that focused on the Ukraine tragedy with a respected group of colleagues from around the world. All of them are progressive thinkers who are passionate about peace in the world. Most are concerned about nuclear war. The group put responsibility on both Putin and Biden for this risk.

Someone compared the number of civilian casualties in Ukraine, including women and children, with previous wars, saying it is much worse. I offered that this might be an inappropriate comparison. First, research on estimating the percentage of civilians killed in any war is a complex task. For Ukraine, one variable of many is deciding which citizens are or are not combatants. Second, I said using claimed civilian deaths to make this war worse than many others may not serve the ultimate goals for peaceful resolution all of us have. I mentioned civilian deaths in Hiroshima and Nagasaki and those in “my war,” Viet Nam that may be continuing today as a result of Agent Orange.

Someone brought quantum physics into the discussion at another point in the conversation, asserting that positive thinking can make a huge difference. She pointed out the importance of imagining positive outcomes instead of talking so much about the negative ones. I believe there is much truth in this idea. Quantum studies have long shown the effect of the observer on reality, for one thing. Although many have called Emoto’s claims about words, prayers, and visualizing changing water molecules pseudoscience, some scientific studies support the idea that intentionality can create vibrational changes in water. One published in the Journal of Evidence-Based Complementary Alternative Medicine used “Randomized Blinded Controlled Trials of Focused Intention” and found “significant differences between the control and target water samples.” The authors concluded that they could “offer no conclusive explanation for the observed changes” but that the effects of intention remain relevant and warrant more research (2017).

My personal experience has led me to believe that meditative intentionality can be transformative. I’ve witnessed non-coincidental healings from Lakota inipi ceremonies (purification or sweat lodge events). I also saw Emoto’s actual experiments conducted by elementary school children in rural Japan. Taking water and rice from behind their school, they put some in a mason jar labeled “I hate you” and some in one marked “I love you.” As they stuck it on the glass, they acted with the relevant sentiments of love and hate and placed eeach in a different metal locker. After several weeks, one remained clear and fresh smelling; the other was cloudy and rancid.

My colleague continued emphasizing the importance of positive thinking, implying perhaps some supernatural intervention as well, with a story about General George Washington and the Battle of Long Island against the British in 1776. At first, the British, under General Lord William Howe, who had more than three times the number of soldiers than the Americans, were easily winning. According to Britannica, “Despite his initial success, Howe paused two days in front of the American fortifications to prepare a final assault. When a storm drove the British warships downriver, Washington used the opportunity to abandon Long Island.” Another description says that a thick fog followed the storm that “provided just enough cover for the Continental Army to evacuate the rest of their men and continue on in the war effort. Without the rain and fog, the British Army may have surrounded Washington, and the American Revolution could have been stomped out before it really even began.” (As for war casualties, Washington’s Continental Army lost 300 men, with 650 wounded and 1,100 captured (according to Britannica) compared to 63 British and German troops estimated to have been killed and 314 wounded.)

As I listened to this proposed example of positive thinking as a recommendation for bringing peace to Ukraine, I felt uncomfortable using the example of the battle. Questions came up like: Had Washington’s men been guided in meditative intentionality for the storm and fog to save them? Did the dire circumstance cause the men to pray to themselves for some miracle to happen that created rain and fog? Would it have been possible for the British to have countered the phenomenon with their prayerful intentions? Was the example used to show somehow that there was a divine intervention in behalf of “the good guys?” Of course, there is much to say about collective intentionality, quantum physics, and spirituality that may be relevant in answering such questions. However, worldview reflection and transformation is missing from any use of these. worldview is foundational as it relates to the potential positive outcomes relating to intentionality, meditation, and even science (See Critical Neurophilosophy and Indigenous Wisdom). I believe the realization that we are operating according to a largely inaccurate perception of humanity’s relationship to nature and super-nature (the definition of worldview) is the only way to re-balance our life systems. It ultimately offers preventive and healing solutions to the Ukrainian problems and the many other problems facing our world with other wars, inequalities, climate change, pollution, pandemics, etc.

Whether or not the ”100th monkey effect” can play a role in worldview transformation, restoring the worldview based on humans being part of, rather than separated from, nature is essential for future generations. Such a restoration could happen within a generation, even without the unlikely story of the hundredth monkey or positive spiritual frequency production. One effective option is sincerely practicing the “CAT-FAWN de-hypnotizing technology.” This begins the process of replacing harmful dominant worldview precepts with our original “Kinship Worldview.”

Doing this work requires awareness of the educational and cultural hegemony of anti-Indianism most of us still hold and the equally harmful romanticizing of Indigeneity. We can then have a look at research that proves how Indigenous worldview has and can lead to egalitarian, sustainable communities in modern times.  Anthropologists and archeologists are now proving this. Other scholars are similarly exposing the poor scholarship of the anti-Indigenous past. The largest sustainability study ever done has also pointed to “Indigenous worldview” as a vital factor.

In addition or instead of CAT-FAWN work – “Concentration-Activated Transformation (self-hypnosis) and worldview comparisons relating to “Fear-Authority-Words-Nature” – one can simply start studying 40 of the comparative worldview precepts on the chart you can locate here. Study it as a continuum. Be respectful and see the binary as an opportunity to increase, not stifle, dialogue. (This is what worldview claims have done historically with claims that cultures, religions, and ideologies are worldview. ) Seek complementarity between the two manifestations when possible, but realize that many dominant worldview precepts are misguided and dangerous.

If we all begin such transformational learning, perhaps we can turn things around. More likely, worldview change might be used to rebuild in ways that look very different from the typical post-apocalyptic movies that Hollywood has produced. Although I think most anything is possible, I continue this work without the illusion of hope. Vaclav Havel once said: “Hope is not the conviction that something will turn out well, but the certainty that something makes sense, regardless of how it turns out.”

Listen to the Interview with Four Arrows about his new book with Darcia Narvaez, PhD, Restoring the Kinship Worldview

Wahinkpe Topa (Four Arrows) is a professor at Fielding Graduate University. Former Director of Education at Oglala Lakota College, he is a made-relative of the Oglala and a Sun Dancer. Selected by AERO for their text Turning Points as one of 27 "Visionaries in Education" and recipient of a Martin Springer Institute for Holocaust Studies "Moral Courage Award" for his activism, he is the author of more than 20 books, praised by such notables as Noam Chomsky, Vandana Shiva, Henry Giroux, Darcia Narvaez, Greg Cajete, Sam Keen, Thom Hartmann, and many others. His books, chapters, articles and videos on Indigenous Worldview and its applications for sustainability can be accessed at fourarrowsbooks.com. He lives with his artist/photographer wife in a remote section of Mexico on the Costalegre. There is also a book on his work entitled Fearless Engagement of Four Arrows by R. Michael Fisher (Peter Lang, 2019).

Three Questions For A Kindred Activist In The Shadow Of Uvalde

Why We Must Restore Our Kinship Worldview

Unsettling Coloniality in the Psychological Sciences by Restoring Our…