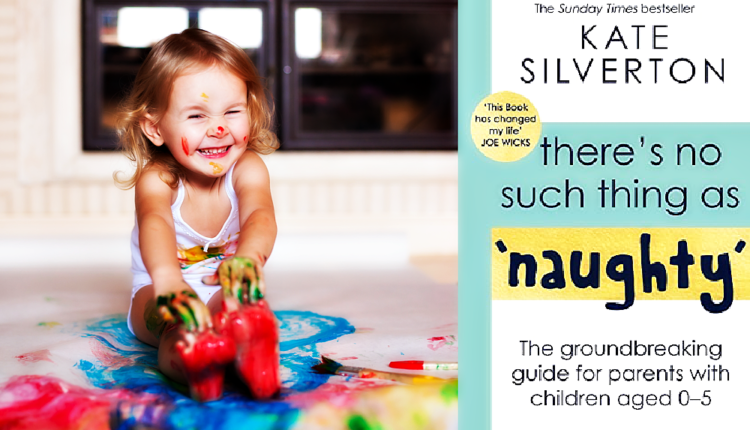 There is no such thing as “naughty” when parents respect the child’s brain.

British journalist Kate Silverton became a parent of two children in her 40s. She had read lots of parenting books that seemed to be “designed more with frazzled parents in mind (understandably, absolutely) rather than what might necessarily work best for our children” (p. 2).

So she went to the experts on interpersonal neurobiology and child development to find out what is particularly important in parenting a young child. Although she was trained as a children’s counselor, she had not known how parent responsiveness in the first five years “can impact everything, from our brain development, to our biology, as well as our behaviour” (p. 3).She says that what she learned made parenting so much easier and everyone happier, she wanted to share what she learned. The resulting book, There is No Such Thing as Naughty: The Groundbreaking Guide for Parents with Children Aged 0-5, compiles and integrates brain-informed advice from experts for raising young children.

A young child’s brain is a work in progress. Silverton describes children’s brain metaphorically as consisting of a lizard, a baboon and an owl. The lizard brain is the survival brain, oriented to safety, kicking up the stress response when threat is perceived. Life is scary for a young child and so the lizard brain can get activated easily. To train the lizard to not get riled up easily, caregivers move in quickly to calm down the baby. This builds stabilizing mechanisms in the brain and associations of the caregiver with safety.

The lizard brain is oriented to staying alive. It does not choose to react but does so instinctively. If this part of the brain is stressed too much in early life, it can establish long term anxiety. It needs outside help to calm down until the third part of the brain, the owl, is well developed.

The second aspect of the child’s brain she identifies is the emotional brain, which she calls the baboon. The baboon is in charge of the big feelings that young children display. The baboon is impulsive and playful when feeling safe and well.

The third aspect of the brain she names the wise owl is not apparent in young children. Instead, they have a fluffy owlet. The owl is thoughtful and reflective but it matures later (taking three decades as parents of 20-year-olds know). But it’s the parent’s wise owl that helps with challenging situations. Instead of reacting like a baboon to a child’s refusals, the wise owl self tries to find out why the child is reacting as they are.

Here are some of the interpretations of parent expressions (p. 36):

“She’s going through the terrible twos!”

Child’s baboon: “I’m at a crucial stage of my development trying to become more independent but you won’t let me!”

“We are baboons, we need to build up our strength and use our muscles and expend our energy. We need to play!”

The parent’s lizard and baboon aspects can also freak out. Silverton describes lots of situations where her children activated her stress response reactions—fight, flee, freeze. But adults have a wise owl to help them figure things out and calm themselves down, so the focus can be on helping the child with what they need.

One of the common refrains or self-talk reminders she mentions when her child has a tantrum is “It’s not about me. Something must have happened.”

She uses the acronym SN-O-T:

She takes the child’s perspective with empathy: “Oh, that’s what you wanted—how silly of Mommy that she did X instead” and playfully berates herself until the child breaks into laughter. The child feels understood, feels like mom could hold the big pain. The situation is transformed and the child-parent bond strengthened.

Parenting “is about you being inventive, about you working with your child to find a solution. Don’t see these exchanges as you giving in,” Silverton advises. “This is not about being a ‘weak’ parent. Quite the opposite. It’s been shown that in many areas of life—in business, in leadership, from big corporations down to the family unit—time and again, empathy and collaboration get the best results” (p. 70).

The book is filled with real-life everyday examples of creative, responsive parenting in challenging situations. The book is geared toward building a healthy brain and mind for the long term. It’s a book filled with wisdom, and fun.

The Scope of Healing: Part 2 of 2 Podcast

What Is Downshifting? Our Brains On Stress