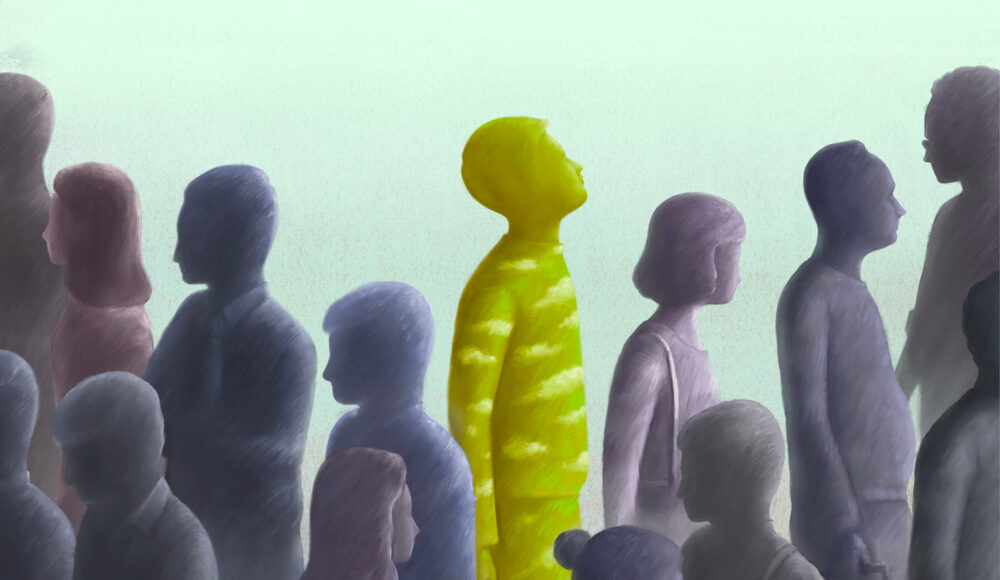 Individualism is not our species’ heritage and can misdirect development.

As has been pointed out by several authors and scholars (e.g., Marya & Patel, 2021), our bodies have been colonized by the life-disrupting practices and institutions of the last hundreds (if not thousands) of years. The trauma has been passed down from body to body over generations (Menakem, 2017).

Our minds too have been colonized. The dominant culture implicitly supports the “root metaphors” of western Enlightenment philosophy which were carried around the world by the British and other empires (Bowers, 2003). These metaphors include a mechanistic (instead of dynamic) view of living systems, individuals as the basic social unit (instead of mother and child, family, or community), rigid categorization of people and things (instead of fluid categories), human separation and superiority to nature (instead of integration and partnership), extermination of things falling outside the colonization norms (Four Arrows & Narvaez, in press; Narvaez, Four Arrows, Halton, Collier, & Enderle, 2019; Narvaez & Tarsha, 2021).

Mental colonization takes place in our childhoods when the dominant culture disables our parents’ and community’s ability and interest to provide our species’ evolved nest (Narvaez, 2014).  We can review the observations and studies of societies that provide our species evolved nest—i.e., hunter-gatherer societies (Hewlett & Lamb, 2005), “preconquest” cultures (Sorenson, 1998), and even diaries of explorers like Columbus (Narvaez et al., 2019)—and see how much healthier and contented they are.

Although Freud and followers thought neuroses were a normal human condition, studies of peoples around the world indicate otherwise. Instead, there seems to be a relation between early experience and the psychological distress documented by psychotherapists. We have increasing bodies of research showing the effects of early toxic stress and trauma (Shonkoff & Phillips, 2012; van der Kolk, 2014). Because of early toxic stress, we are often impaired in our self-regulation and sociality (Narvaez, 2014). The evolved nest represents the developmental system that optimizes normal development and is linked to positive mental and physiological health outcomes (e.g., Narvaez et al., 2013; Narvaez, Wang & Cheng, 2016).

Maslow’s path also gives us some insight. Before Abraham Maslow spent a summer with the Blackfoot (Siksika) tribe, he had been educated and published in experimental psychology. His experiences with the Blackfoot, transformed his worldview and his career path towards humanistic psychology and a focus on human potential. He described the tribe members as ego secure—they felt at home in a benevolent psychological world—the opposite of being neurotic.

He observed no neuroses among the Blackfoot tribe but instead a common personality of “dignity and friendliness and containing little insecurity, suspicion, envy, jealousy, antagonism and hostility or anxiety” (Maslow, 1938, p. 35; reprinted in Brown, 2014) and rather, “feelings of being liked and loved; the perception of the world as a warm and friendly place; a tendency to expect good to happen; feelings of calm, ease, and relaxation; self-acceptance; a desire for adequacy with respect to problems rather than for power over people; ‘social interest’ (in the Adlerian sense); cooperativeness; kindliness; interest in others; and sympathy” (Maslow & Honigmann, 1938, p. 6; reprinted in Brown, 2014).

Impressed by the psychological health of the Blackfoot, he was influenced by the actualization orientation of the Blackfoot (who did not emphasize the self in actualization, but one’s gift to the community). In Brown’s interviews of Blackfoot elders, they told her that they informed Maslow about how people become whole in their traditional ways: “Each person fit and belonged and was secure…Each person was valued, welcome, protected, included, taught to give back, and provided the opportunity to become actualized” (Brown, 2014, pp. 44-45).

Maslow organized what he learned into his hierarchy of needs, getting it wrong—putting actualization after safety and other needs. For the Blackfoot, self-actualization is the foundation for the rest. (See an extensive discussion here.) Actualization is the most fundamental need and is part of the communal gifting economy apparent in First Nation societies (Vaughan, 2019).

“In the traditional Blackfoot worldview, caring for and protecting the needy is always at the top. According to Blackfoot teaching, wealth is what you give, not what you have. And actualization can never come at the expense of another’s culture or language. Rather, actualization is always for the benefit of others…Giving back protects the next generation. It prepares each person for their spiritual purpose and allows each person to become spiritually actualized” (Brown, p. 45).

Everyone learned to provide for others, individuating but with interconnected purpose. “In this worldview, there is no racism, sexism, hierarchy, colonialism, or faithism” (Brown, 2014, p. 44).

Among the Blackfoot, Maslow noted (Maslow and Honigmann, 1938) that “every child knows he is wanted and loved by every person in the whole tribe” (p. 247). He noted what others have observed of First Nation peoples (e.g., Wolff, 2001): that the adults will not force anything on a child (e.g., school, wearing a coat in the cold). Maslow documented how children were very responsive to the wishes of the adults (ibid). He said that everyone in the tribe would want to adopt a child if the opportunity arose. In fact, older couples are given the opportunity to “adopt” a child because they would be more indulgent and less critical than the parents. In fact, grandparents seem to have been critical players in our species’ evolution (Hawkes & Coxworth, 2013; Hrdy, 2009).

As Mary Tarsha and I (Tarsha & Narvaez, in press) point out, all of Maslow’s list of basic needs are actually needed simultaneously by infants from the beginning. The evolved nest meets those needs, allowing the child to focus on actualization within the community, the village of care.

Learning From The Indigenous: A Podcast Interview with Darcia Narvaez,…

What is Wellness According to Indigenous Psychology? Part 3 of 3

Principles of an Indigenous Way of Being, Part 2 of 3

Animals Are Running Away From Us – Indigenous & Religious…

Maslow, A.H. (1938). The psychology of the Northern Blackfoot Indians. Psychology Department, Brooklyn College, Brooklyn, NY (unpublished draft held at The Center for the History of Psychology, University of Akron).

Are You A Witch, Mom?