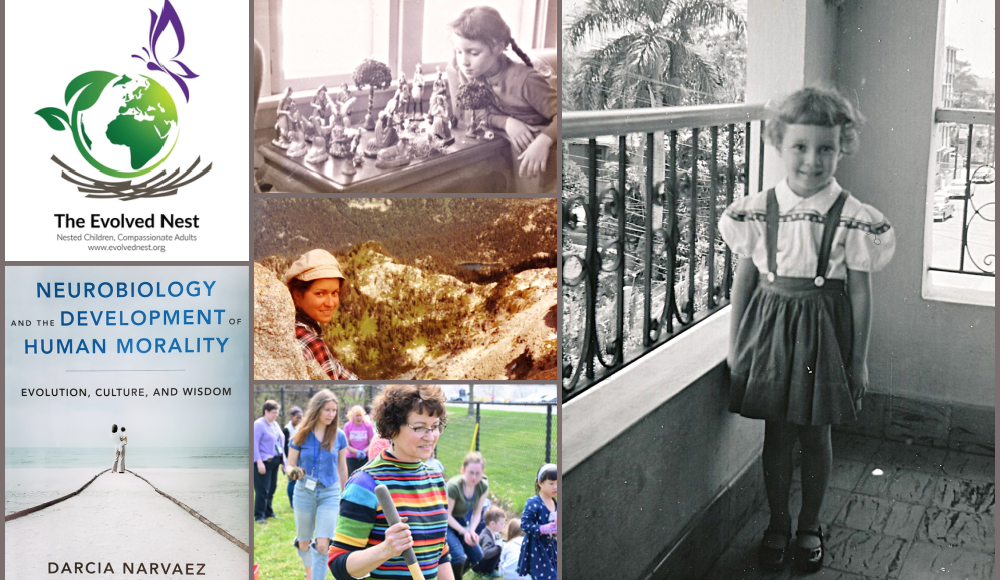 Meet Darcia Narvaez, PhD, an award-winning researcher who began questioning humanity’s story as a bilingual/bicultural child. She is the founder of The Evolved Nest, and the new president of the American nonprofit, Kindred World. Her latest short film project, www.BreakingtheCycleFilm.org, launched in April 2021 and illustrates our capacity for breaking our current Cycle of Competitive Detachment and returning to the pattern of 95% of our human history: a healthy, peaceful Cycle of Cooperative Companionship. Breaking the Cycle is based on Narvaez’s multi-award-winning book, Neurobiology and the Development of Human Morality: Evolution, Culture and Wisdom.

Narvaez is a Professor of Psychology Emerita at the University of Notre Dame. She is the founder of the public and professional educational outreach project The Evolved Nest Initiative whose nonprofit mission is to share her science research into developing appropriate baselines for lifelong human wellness by meeting the biological needs of infants. This baseline is imperative at this time as the United States ranks 41st out of 41 developed countries in public policies that support families.

In a 2020 analysis of top scientists, Narvaez emerged in the top two percent of scientists worldwide. Of the eight million scientists in the world, the analysis concerned those who had at least five articles published in scientific journals between 1996 and 2017– over six million scientists. Individuals were ranked according to various criteria, including number of citations of their work.

See the New Short Film, Breaking the Cycle, at www.BreakingtheCycleFilm.org. Find a film guide, discussion questions, and more at the website.

Animals Are Running Away From Us – Indigenous & Religious Views On Animals