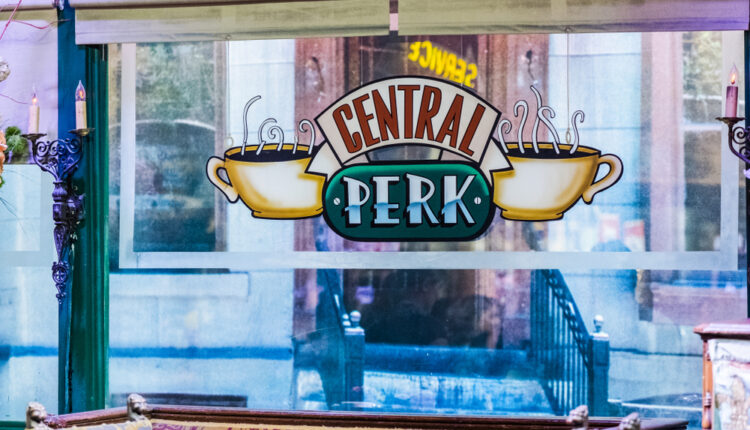 So many people love the sitcom Friends.  Though this ten-season show ended more than ten years ago now, Friends is still widely watched and adored for the wonderful relationships the six friends have with one another as well as for its witty humor.  Personally, my favorite character is Chandler.  Chandler is known for his biting comebacks and his many, loveable quirks that make both viewers and the character’s friends laugh.  Having grown up in an unhappy home where his parents became divorced early on in his life, Chandler often reminisces about his dislike of holidays because of the dysfunction in his family.  In fact, the show stresses that his numerous insecurities are due to the lack of adequate attention he received from his parents.  It even goes so far on several occasions to point out that Chandler’s constant humor stems from his use of jokes as a “defense mechanism” against the dysfunction he experienced as a child.  All of this is, of course, said in jest and meant to be laughed at just as much as it adds insight into this character.  However, as I was watching Friends over the snow days this past week, it struck me that this concept of using defense mechanisms to cope with adverse childhood experiences isn’t far from the truth.

Research demonstrates that children who come from dysfunctional families such as Chandler’s often have permanent consequences to their personalities, including, but not limited to, various insecurities, and they must often resort to specific methods to cope with this stress.  Adequate attention and nurturing from a primary caregiver(s) is essential for a child’s emotional, social, and physiological development and well-being.

Jaak Panksepp (2013), a well-known neuroscientist whose research focused primarily on affect (i.e., emotion), discusses seven emotional regulation systems that humans possess and how adverse childhood experiences with a caregiver/parent can permanently impact a child’s emotions and, thus, social interactions.  These seven systems are as follows: seeking, rage/anger, fear/anxiety, lust/sexual, care/maternal nurturance, panic/grief/separation distress, and play/joyful rough-and-tumble/physical social-engagement.  When the child’s primary caregiver is abusive or neglectful, each of these emotional systems becomes dysregulated, which impairs the child’s emotional and social development.

For example, if the seeking system is under-stimulated because of insufficient attention from a caregiver, then the child can develop chronic stress and anhedonia.  Other systems that are often dramatically dysregulated in response to inadequate nurturing include the fear/anxiety system, the dysregulation of which can promote long-lasting depression and anxiety; the care/maternal nurturance and panic/grief/separation distress systems, both of which can result in inability to trust social relationships and insecure attachments to significant figures in the child’s life; and the play/social engagement system, the under-stimulation of which can lead to less empathy and less ability to cultivate friendships with peers.  Therefore, the lack of a nurturing, loving caregiver can profoundly impair a child’s emotional and social development, leading to potentially lifelong consequences for their relationships, mental health, and quality of life.

Adverse childhood experiences also impair a child’s physiological well-being by affecting her/his genome through epigenetics.  Epigenetics is the study of how environment can impact the expression of an individual’s genes.  In other words, exposure to various kinds of social and biological environments can change the expression of certain genes through modifications to the DNA that increase or decrease transcription of those genes.  Though one’s genetics may seem to be fixed from the moment she/he is born, this is not the case.

For years now, biologists have demonstrated that certain aspects of one’s environment, from ingestion of certain chemicals or substances to chronically stressful life circumstances, can turn genes “on/off” so to speak and, thus, change the expression of an individual’s genome.  The neurologist Michael Meaney (2013) elaborates on how early childhood experiences with a caregiver can impact a child’s genetics through the process of epigenetics.  Specifically, he states that chronic exposure to an abusive/neglectful caregiver as a child, i.e., a chronically stressful environment, upregulates the expression of those genes related to stress, meaning that that child is likely to have more cortisol (the stress hormone) in their blood than the average person and, thus, is more likely to develop the health problems associated with overproduction of cortisol, such as heart disease and anxiety disorders.

Overall, then, growing up in a loving home with nurturing parents/caregivers is absolutely essential for the well-being of children.  Being the recipient of abuse or neglect from caregivers drastically and, in some cases, permanently disrupts a child’s emotional, social, and physiological development.  So, the next time you are watching Friendsand laugh at one of Chandler’s jokes or his memories of awkward family holidays, remember that, though in this context these statements are funny, the process by which he developed his insecurities and defense mechanisms is far from funny and occurs all too often in the real world.  Perhaps the greatest thing you can do for a friend who grew up in this kind of stressful environment is to offer your unconditional support for her/him, just as Chandler’s friends constantly provide for him.

*Ariel Niforatos was a senior at the University of Notre Dame in a class called Parenting, Morality and Nature Connection in the Anthropocene, taught by Darcia Narvaez, when this was written. She is a contributor to the Fresh Eyes blog on the Evolved Nest website. Narvaez is a contributing editor to Kindred and the president of Kindred World.

Kindred’s articles and videos on ACES

Hippies Giving Birth On A Bus: The Farm & Ina May Gaskin, A Documentary