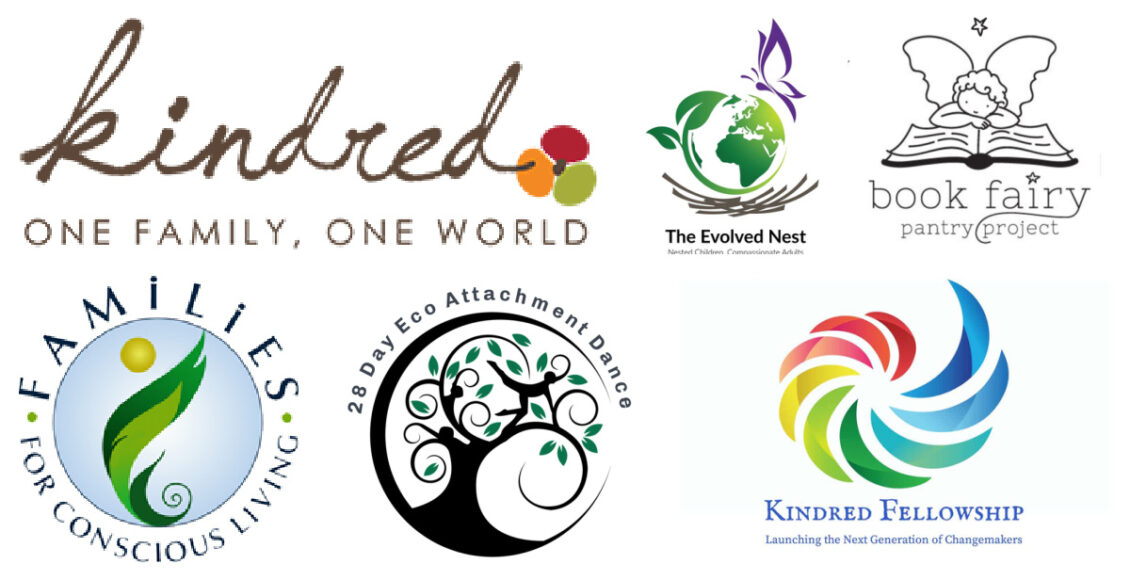 Kindred World, the parent nonprofit of Kindred Media, is proud to announce the election of our new board of directors for 2021-2024. Leading the board for the next three years is Darcia Narvaez, PhD, the founder of the Evolved Nest Initiative and a Contributing Editor to Kindred Media.

“It’s an honor to take up Kindred’s presidency. I’ve been an admirer for years, even before Evolved Nest became a nestling in Kindred’s family,” said Narvaez. “I am thrilled to be able to work with Lisa Reagan, who is enormously capable, along with the other dedicated staff and board members of Kindred. The great turning of society toward nurturing is upon us, and Kindred, which has been building its strong leadership capacities, is ready to link arms with fellow organizations to lead the way forward.”

Darcia Narvaez is a Professor of Psychology Emerita at the University of Notre Dame. She is the founder of the public and professional educational outreach project, The Evolved Nest Initiative, whose nonprofit mission is to share her science research into developing appropriate baselines for lifelong human wellness by meeting the biological needs of infants. This baseline is imperative at this time as the United States ranks 41st out of 41 developed countries in public policies that support families.

In a 2020 analysis of top scientists, Narvaez emerged in the top 2% of scientists worldwide. Of the eight million scientists in the world, the analysis concerned those who had at least five articles published in scientific journals between 1996 and 2017– over six million scientists. Individuals were ranked according to various criteria, including number of citations of their work.

Narvaez’s book, Neurobiology and the Development of Human Morality: Evolution, Culture and Wisdom, was chosen for the 2017 Expanded Reason Award from among more than 360 total entries from 170 universities and 30 countries. Narvaez received the prize, including a substantial monetary award, at the Pontifical Academy of Sciences in Vatican City on September 27, 2017.  The book also received the William James Award from the American Psychological Association in 2015. The Evolved Nest is a breakthrough concept that integrates findings across fields that bear on child development, child raising and adult behavior.

Narvaez is the founder of The Evolved Nest, a nonprofit initiative consolidating and presenting her research and insight into human thriving for public and professional education.  She continues to give lectures and video presentations, including the keynote for the international Gold Birth & Beyond Conference in 2020. Her blog, Moral Landscapes, can be found on Psychology Today.

The Evolved Nest promotes optimal health and wellbeing, cooperation, and receptive and sociomoral intelligences. Societal moves away from providing the Evolved Nest have contributed to the ill being and dysregulation we see in one another and society. Learn how to nest your children and re-nest yourself.

Laurel Wilson, BSc, IBCLC, RLC, CCCE, CLE®, CLD, CPPFE, CPPI owns MotherJourney in Morrison, Colorado. She has her degree in Maternal and Child Health – Lactation Consulting. With over twenty six years of experience working with women in the childbearing year and perinatal professionals, Laurel takes a creative approach to working with the pregnant family and perinatal professionals. She is co-author of best-selling books, The Greatest Pregnancy Ever: The Keys to the MotherBaby Bond and The Attachment Pregnancy: The Ultimate Guide to Bonding with Your Baby. She is also a contributing author to Round the Circle: Experienced Doulas Share What They Learned the Hard Way and original editor of the CAPPA Lactation Educator Manual. She currently travels the world presenting on such hot topics as Social Media and the Pregnant Family, Epigenetics and the Microbiome and First Foods, and Cannabis and Perinatal Health.

Read Laurel’s full bio here and read her contributions, including her TEDx Talk, “Milk: The Food That Evolved Humanity” here.

Jamie Grumet is the author of Modern Attachment Parenting: The Comprehensive Guide to Raising a Secure Child. She is the CEO and founder of I Am Not the Babysitter LLC, Co-Founder of Emmenemoi.com, Project Director of Nurture Tomorrow by VCA International, and a well-recognized advocate for children’s health issues. Jamie has been featured on the cover of TIME Magazine, Pathways to Family Wellness and The Attached Family. She has been interviewed and featured in Kindred, PDN, TODAYonline, Yahoo and The Huffington Post. Jamie has written for HLN, MomsLA, The Adoption Magazine, Blogher and Pathways to Family Wellness. She has made media appearances on “Huffington Post Live,” “CNN,” “Nightline,” “Today Show,” “Anderson,” “Dr. Drew,” “The Ricki Lake Show,” “Carte Blanche,” “60 Minutes Australia” and “Good Morning America” among many others.

Mary Tarsha is a PhD student in Developmental Psychology and Peace Studies at the Kroc Institute for International Peace Research at the University of Notre Dame.  She conducts research investigating human flourishing and moral development in the Evolutionary Moral Psychology Laboratory under the directorship of Dr. Darcia Narvaez.

Listen to Mary Tarsha’s podcast series with Darcia Narvaez on the Evolved Nest.

And listen to her book reviews with Dr. Narvaez on Kindred.

Grewal is a Writing and Literature student at the University of California at Santa Barbara, and plans to minor in Applied Psychology and English with a specialization in Literature and the Mind. She focuses on realistic fiction and creative nonfiction writing, with common themes of trauma, development and personality. She was the Kindred-in-Spirit Scholar for 2019. She participated in Kindred Media’s Men of ROBE Series in 2020. As a Kindred Scholar, Reshma researched Adverse Childhood Experiences and Trauma. She plans to explore the relationship between mental illness and isolation in the time of the Coronavirus as well as use her creative work to process and share the complexities of our current political climate.

See Kindred’s full board of director’s and learn more about our nonprofit history and work here.

Please support the courageous, progressive work of Kindred World and its nonprofit initiatives and thought leaders who have championed a sustainable, compassionate vision for the human family since 1996.

Child mental and physical wellbeing have been on the decline for over 50 years in the USA, the wealthiest nation on earth. People under the age of 60 score at or near the bottom on multiple health indicators than citizens in 16 other advanced nations.[1] The USA has heightening epidemics of depression, anxiety, psychosocial and health problems at all ages.[2] Because humans are holistic creatures, attachment, sociality and moral capacities have also been declining (e.g., empathy, moral reasoning).[3] Avoidant attachment has been increasing along with narcissism, both of which undermine social and citizenship capacities.[4] Sociopathy has become a cultural phenomenon.[5]

Because Americans do not live in a culture that supports families, and therefore lifelong wellness of all adults, we do not know what is required to create wellness, or what practices and policies all other developed countries’ families count on to support their wellness. In America, our public policies are not based on scientifically defendable wellness baselines for babies and children, and therefore our expectations and ideals of how we could create a culture that supports families, and lifelong wellness, is critically deficient.

Kindred World began as a grassroots initiative in 1996 by American parents who envisioned creating a holistic, sustainable, and wellness-based culture for their children. A quarter century later, the United States ranks 41st out of 41 developed countries for family-friendly policies, continuing the decades-long decline of population health. Kindred World’s board of directors, its thought leaders, and multiple initiatives, seek to educate, support and inspire all Americans to envision and build a wellness-based culture and Caring Economy.

Kindred Media, an alternative media outlet dedicated to presenting the thought-leaders and human stories of the conscious parenting movement. Founded by Kelly Wendorf as the first global eco-parenting magazine in 2002. Wendorf is a Kindred World board member and contributing editor to Kindred Media.  www.kindredmedia.org

The Evolved Nest, an educational outreach program presenting the award-winning research of Darcia Narvaez, Phd, on the early baselines for wellness necessary for lifelong health and thriving. Dr. Narvaez is the president of Kindred World and a contributing editor to Kindred Media. www.bookfairypantryproject.org

Parent Liberation Project, a virtual program teaching parents and practitioners about the neuroscience links between parenting and social justice. Created by Teresa Graham Brett, JD, author of Parenting for Social Change. Brett is a Kindred World board member and a  contributing editor to Kindred Media. www.parentliberationproject.org

Book Fairy Pantry Project, a community-based program designed to interrupt cycles of illiteracy and support bonding in at-risk families. Designed by Pam Leo, author of the beloved book, Connection Parenting. Leo is a Kindred World board member and a contributing editor to Kindred Media. www.bookfairypantryproject.org

Kindred Fellowship Program, a summer program piloted in 2021 to shepherd college students through the shift from traditional activism to relational activism as a path to sustainable, cultural change and social justice. Designed by David Metler, researcher and co-author of the Wise Parent Study and contributing editor to Kindred Media. www.kindredfellows.org

Educational campaigns through The Evolved Nest include 28 Days of Baby Care and 28 Days of Self-Calming.

Breaking the Cycle: The Grassroots History And Award-Winning Science Behind The Short…