American Democracy At The CrossroadsColonialismRacism

Domination Logic, White Supremacy, And The History Of Slavery 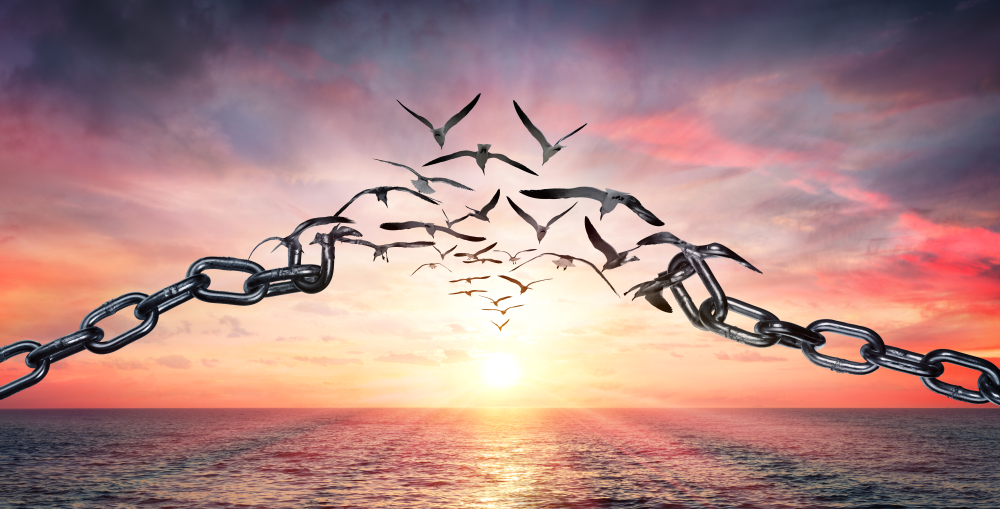 Moving away from white supremacist thinking.

To move a community away from white supremacy requires understanding how people get into a supremacist attitude to begin with. I’ve mentioned in prior posts (here and here) how the last hundreds of years led to the idea of white supremacy. Here I discuss the long history of slavery and the logic of domination.

People often think white supremacy in the USA is the legacy of slavery, that treating certain people as subordinates, as slaves, led to thinking of their characteristics (darker skin in this case) as a sign of inferiority. Research into the history of slavery shows that, after the Neolithic shift away from egalitarian bands, slavery became a part of many complex societies (Meltzer, 1993). (Note that bands continued to exist alongside farming communities and band societies still exist).

These complex societies were acquisitional, with hierarchies or systems of inequality they were disposed to protect. They needed to keep feeding their hierarchical systems with outside resources and so warred with other groups, collecting prisoners and enslaving them. Men would also sell themselves or their families into slavery to pay their debts. Around the Mediterranean, wars and raids between societies led to enslavement of the conquered. Many but not all societies collected slaves as a matter of course and necessity for their system’s maintenance. Bondage occurred through big-business piracy, warfare, kidnapping, shipwreck, as well as indebtedness.

Slaves were of all colors and backgrounds in ancient Greek and Roman times. In Hebrew and early Roman slavery, slaves became part of the family (the Talmud required it). This was especially true among African societies that collected slaves. Sometimes families put a member into slavery as a punishment.

In ancient Greece, slaves were considered inferior (as were women) and were supposed to perform like machines. Slaves in ancient Greeks were mostly non-Greek (called “barbarians”). Aristotle wrote (in Politics) that a slave’s life consisted of work, food, and punishment (even for minor misdeeds). Aristotle (not Greeks generally) assumed slaves to be naturally slavish and that it was the duty of Greeks to enslave the barbarians. Other Greek scholars, like Euripides, the Epicureans, Cynics and Stoics, disagreed with Aristotle and believed that all people were created free: Nature did not make slaves.

Rome became the center of the slave trade, for centuries. When wars became less frequent in the first century A.D., breeding slaves became predominant. Though slaves were used in mines and on plantations, having more household slaves became a matter of status. Sadistic treatment of slaves was common. Some were trained to fight to the death in the arena as gladiators.

For the slave, slavery is a “moral disaster,” undermining the slave’s sense of dignity, poisoning every aspect of life (Metzer, 1993, p. 4). But it was a moral disaster for the master, too—weakening his self-control and destroying his own humanity as well. The Roman writer Seneca complained that he came home from the arena more inhumane, greedy and cruel.

In the middle ages, all religions condoned slavery and the Christian church only banned the slavery of Christians, allowing enslavement of non-Christians (upon whom monasteries, priests and nuns depended). The transatlantic African slave trade began in the 15th century and was accelerated with the invasion of what was to be called the Americas, where colonizers established mines and plantations. A 1455 papal bull authorized Portugal to enslave any heathens. Several additional papal bulls followed, including the Doctrine of Discovery, declaring that any non-Christian land could be claimed by Europeans. The next hundreds of years were spent conquering, colonizing and dominating the rest of the world.

Ecofeminist scholarship points to what the logic of domination looks like. It first claims human superiority to nature. As scholars have pointed out (e.g., Merchant, 1983) in the history of the Enlightenment, when white males made themselves the superior life form due to their greater “rationality,” then everything else — nature, women, and non-whites were put into the category of “nature.” The second logical claim of domination is that superiority justifies subordination (e.g., Warren, 2000). Everything in the nature category deserves to be dominated, manipulated, and controlled according to the dominators’ preferences (Moore, 2016). And so here we are. Privileged (but not all) white males are still dominating our categories of value and power structures.

Though slavery became commonplace with settled agricultural societies around the world, only when the African slave trade became embedded in the expansion of the Western world was the association of skin color and inferiority institutionalized. Racism, believing that one group of people is better than another based on color or background, became widespread. Likely the European inability to comprehend the vastly different cultures of non-European societies contributed to the view that Africans (and Native Americans) were sub-human.

Systems of domination were created, as in the USA, to keep people in their place, even after slavery was ended (e.g., Jim Crow laws, redlining, segregation, the school-to-prison pipeline). As a result and because skin color is still associated with inferiority, black Americans live in a different country from white Americans.

Social systems oriented to domination “are tied together by fear and force as illustrated by customs of child and wife beating, persecution of minorities, threats or displays of torture and death and wars of conquest. In this system, beliefs and social structures support rigid top-down rankings” (Eisler & Fry, 2019, p. 12). It’s easy to see that societies subscribing to slavery were of the dominator kind.

Dominator social systems contrast with those that orient to partnership (egalitarian, environmentally sustainable, gender-balanced), which are more representative of our human heritage (95-99% of our planetary existence) (Eisler & Fry, 2019).