Breastfeeding In The USA – A Little History

PART ONE OF TWO

How did infant formula come to dominate infant feeding?

The other day I overheard a graduate student in developmental psychology say she thought that infant formula foodstuff is as good for babies as breast milk. I am afraid that most Americans have the same mistaken attitude and are equally uneducated about breast milk’s importance. It pays to know a little history of how this attitude came about, especially as more and more studies show the nearly magical qualities of breast milk.

Here is a quick history.

Tens of millions of immigrants came to America in the 1800s without the support of extended families to share in the efforts needed to raise a child and without the intergenerational know-how for successful breastfeeding. In her book Mothers & Medicine: A Social History of Infant Feeding 1890-1950, Rima Apple (1987) provides a history of what happened during this time period, in which the US society shifted from believing in breastfeeding to believing that artificial food for infants was just as good or better.

At first, breast milk was considered essential and physicians criticized breastfeeding mothers who were not disciplined enough to exercise, eat and sleep properly so that their breastmilk would be at its most healthful for the infant. This is still a problem for mothers prenatally and postnatally. 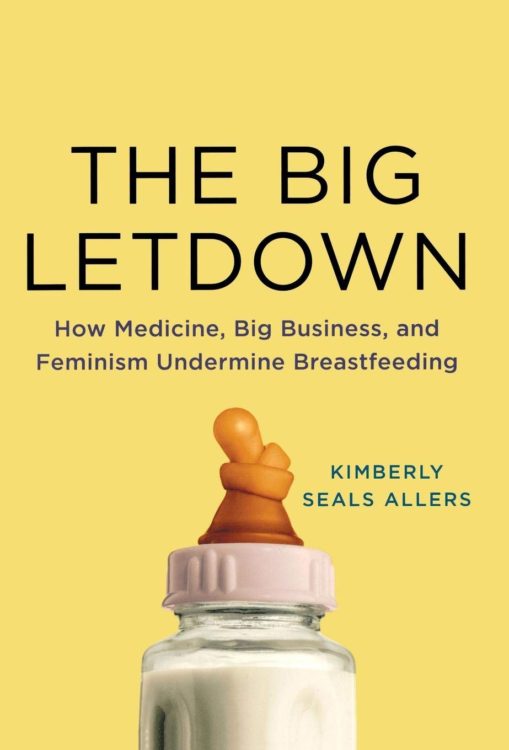 During the 1800s, industrialization meant that many newcomers worked in factories away from their children. Even middle-class women were becoming more active outside the home in social organizations like Women’s Christian Temperance Union and, since breastfeeding was considered a private affair, wanted or needed to feed their babies something other than breast milk at least part of the time. In the late 1800s, babies were fed all sorts of things and many became ill and even died. Like Apple, Jacqueline Wolf also writes about this period in her book Don’t Kill Your Baby. Businesses moved into the fray, with the first canned milk business opened by Gail Bordon in 1856.

Medical physicians/researchers turned a critical science-based (science of the day) eye on artificial infant foods—first, those that mothers designed at home. Too many mothers were unsuccessful at their own formula development, leading to a great number of child illnesses and deaths that disturbed both the public and physicians.

During this time also, many mothers seemed unable to breastfeed for more than a few weeks or months.

What do we know now about the insufficient milk issue? The importance of early and frequent breastfeeding.

We know now that it is important to breastfeed as soon as possible after birth—for example, allowing the child to crawl up the belly, massage the nipple and start the milk let down through the stimulation of oxytocin. Suckling is a dyadic experience, beneficial for infant and for mother, as they help one another follow the instincts that make breastfeeding succeed.

Colson (2019) points out the finding that babies can change states moment by moment (Brazelton & Nugent, 2011). In Colson’s research, she suggests an instinctual approach to breastfeeding that mothers will take up if allowed (and if not taught otherwise) which includes lengthy periods of reclining together. Body posture of the mother (semi-reclined) and of the baby (recline on tummy) influence hormonal states and ease of interaction. When in the recommended hour of time together, the baby moves through several sleep cycles.  When in a sleepy state, the baby is better able to instinctively latch on and feed well. Keeping the baby ventrally (stomach down) on the breast even when the baby is sleeping allows for breastfeeding to be guided by infant instincts—on request or “on-demand”—which keeps mother’s production and release appropriate for the child’s needs.

The importance of a mother’s relaxation.

Mother’s oxytocin release is necessary for the mother’s milk production, milk ejection, relaxation, as well as the mother’s interaction with the baby. Thinking and worrying (and even education courses and rules) can interfere with the instinctive ways mothers know to help their babies successfully suckle.

“Oxytocin is not released if mothers are stressed or have just concentrated on a mental problem. They need to be relaxed. Furthermore, oxytocin is not released around unknown people and in unfamiliar environments as mothers may unconsciously interpret them as threats, blocking oxytocin release. Therefore, the mother should be in a familiar environment and surrounded by family and close friends when giving birth or breastfeeding.” (p. xi) 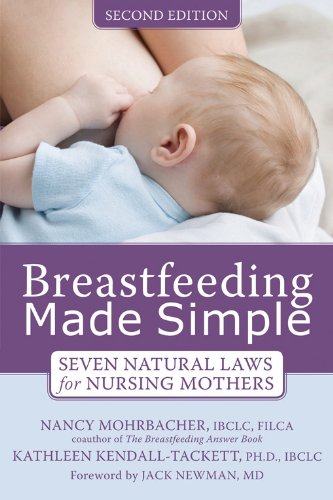 Given the importance of oxytocin for breastfeeding success, the use of artificial oxytocin (exogenous or externally provided) to induce childbirth was a concern among researchers. When used, exogenous oxytocin provides a steady dose, flooding the mother’s body (thereby the baby’s also) and undermining the natural fluctuation (pulsatility) of oxytocin in labor. In a review of studies examining the effects of exogenous oxytocin and breastfeeding success, Erickson and Emeis (2017) found a trend for its interference though studies were inconsistent in what they controlled and further studies are needed. Nevertheless, they reported in the abstract that 50% “of the results (17 of 34 measures) demonstrated an association between exogenous oxytocin and less optimal breastfeeding outcomes, while 8 of 34 measures (23%) reported no association.”

Although beginning in the 18th century, physicians had started to move into managing the birthing of children and took it more and more from midwives and family members, physicians had left the feeding of children in the hands of “old women and uneducated nurses” (Apple, 1987, p. 55). That is, until the late 1800s. The high infant mortality rates shocked medical researchers into action. In some cities, one-third of children died before age five. Nutrition was assumed to be the primary culprit, with mothers unwilling or unable to breastfeed or to do so adequately.

Critical of commercial artificial foods for their uniformity (not taking into account individual baby needs) and lack of adequate scientific verification, physician/researchers started to develop their own recommendations. Most famously, Thomas Morgan Rotch, of Harvard Medical School, devised a “more exact system” for creating infant formulas which were to be prescribed and supervised by medical personnel, prepared individually for each baby, designed by scientific medical laboratories like his first established in a Boston (Apple, p. 25). L. Emmett Holt, author of popular child-raising manuals, suggested first 10, then 13 then 19 different formulas for the first year of life. These were based on shifting percentages of cream, milk, and sugar.

Over time, physicians and mothers changed their views. There was a shift from a belief in the superiority of breastfeeding to the safety, then the superiority of artificial food because artificial formulas could be controlled by outsiders when mothers did not follow physicians’ prescriptions for good living (and most could not or would not).  Instead of trusting maternal instinct, assumed to be characteristic of the past, mothers were to be educated by experts with knowledge of science—“scientific motherhood.”

PART TWO OF TWO: What has science shown us? We will look at recent findings in the next post—”Breastfeeding’s Importance—What Science Tells Us.”