A recent report summarizes the many kinds of discrimination breastfeeding mothers face at work in the United States. Here is part of one of the examples given:

An emergency room nurse was bullied, harassed and not accommodated for the need to pump during her long shifts: “My reason to go into nursing was to help people, so I would never leave a patient in need,” said Barbara, but she needed coverage from her coworkers to take regular pumping breaks. Instead she was told, “just give your kid formula.” After 3 months of struggling against her unsupportive workplace, she quit. 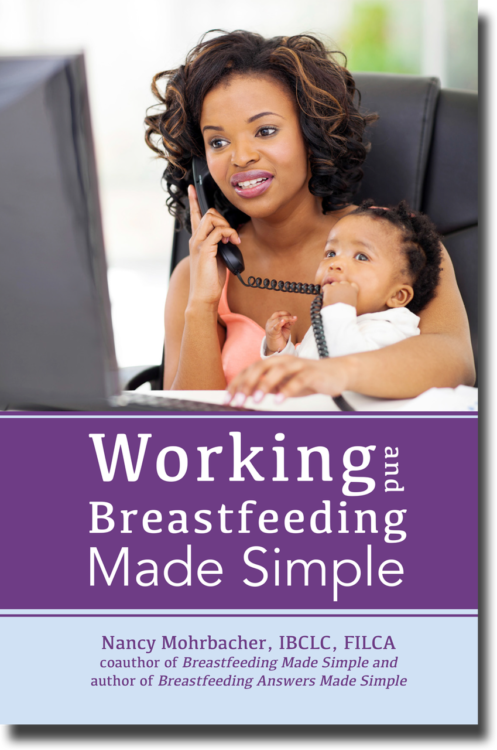 Breastfeeding is natural, normal and necessary for babies’ optimal growth. The World Health Organization suggests at least two years of breastfeeding (six months exclusive). However, the typical age for weaning in our ancestral context is four years and many mothers spaced children years apart to accommodate this pattern (Hewlett & Lamb, 2005).

Breastfeeding is linked to a child’s overall better mental and physical health, including a lower risk of obesity and even Sudden Infant Death Syndrome (SIDS) and to mother’s better health.

Breastmilk has hundreds if not thousands of ingredients, is tailored to the gender of the child, and changes based on the needs of the child.

Having healthy mothers and children are signs of a strong, sustainable wisesociety.

Here is a list of some of the discriminatory behaviors mothers experience that are discussed in the report (quoted from the summary):

The report points out that “breastfeeding workers have legal rights.” Specifically, for example (quoted from the report):

But the facts are that more than 9 million female workers of childbearing age (almost 1/4) are not covered by the federal Break Time for Nursing Mothers law (including registered nurses, kindergarten teachers, farmworkers). Even for those who are covered by the law, technicalities make it hard to enforce so there is widespread noncompliance. Even when there is compliance, the accommodations often are insufficient.

So, what can be done?

The report lists seven components for a Model Lactation Policy:

1. Universal coverage (all public and private workplaces no matter the size)

How Can We Reduce Workplace Bias Against Caregivers? University of California, Center for Worklife Law

Promoting Worker Well-Being through Maternal and Child Health: Breastfeeding Accommodations in the Workplace. US Centers for Disease Control and Prevention blog on February 11, 2019.

The graphic above will lead employers to a complete guide on implementing a lactation-friendly workplace, while the links below provide more insight into laws, toolkits, resources and support for professionals, educators, mothers and human resources departments. Please contact us if you know of a resource that should appear here.

Break Time for Nursing Mothers Law. See the Center for Worklife Law’s extensive study into the limited provisions of this law.

The Business Case for Breastfeeding. U.S. Department of Health and Human Services (HRSA).  Worksite lactation support information and toolkit for employers and employees.

What Employers Need to Know – US Department of Health and Human Services, Office of Women’s Health

Investing In Workplace Breastfeeding Programs and Policies, from the National Business Group on Health

Creating a Breastfeeding Friendly Workplace Strategy, A Toolkit for Employers

Wise Elders In The Circle Of Life

The Scope of Healing: Part 2 of 2 Podcast

What Is Downshifting? Our Brains On Stress