BirthKeeper Coalition Descends On Nation’s Capital – Letter From The Editor

By Lisa Reagan, Executive Editor On May 11, 2016
Share
Kindred Media and Community, and its parent nonprofit, Families for Conscious Living, are proud partners with the BirthKeeper Coalition.  We hope you will attend, support or share the news of this much-needed, groundbreaking event in our nation’s capital from May 14-15, 2016. Register here. This letter from the editor appeared in the May 2016 issue of Kindred’s E-Newsletter.

Oh my gosh!  Sign me up!  Where is this million-dollar industry supporting the values of natural and conscious parenting in the United States?  We need funding people! Where is it?!  The well-known Dr. Amy, Ivy League Defender of the Status Quo, published her book Push Back: Guilt in the Age of Natural Parenting last month and the Amazon description proclaims it is a “headline-making expose that shines a light on the natural parenting movement and the multimillion-dollar industry behind it.”

Whoohoo!  We’ve done it!  We can all sleep in tomorrow because our millionaire midwives, doulas and birth centers that serve less than 2% of American women are throwing parties at their beach houses and I’m outta here! Eighteen years of activism – and that’s a wrap!

I won’t need to feel guilty either because the nonexistent million-dollar natural parenting industry facing down the very real billion dollar medicalized birth industry and formula companies have got this, right? We’re there, let’s partaaay!

And isn’t is just INTERESTING that days before a coalition of national nonprofits, professional organizations and activists descend upon America’s capital for a groundbreaking activist march, speaker summit and National Press Club conference the Washington Post runs Dr. Amy’s blog on “How the natural birth industry sets mothers up for guilt and shame.”

No mention in the grammar-challenged headline of what American mothers are “set up” for: a seven times greater death rate than their Irish and Italian counterparts and a maternal mortality rate that has more than doubled in the past few decades.  Dr. Amy’s opening paragraph hails from the Status Quo Defender Projection Playbook with it’s predictable “Shut Up!” message to anyone who thinks birth matters: I had four kids in 20 years, writes the Harvard OB, and “I think about those experiences rarely, if ever… those acute hours quickly faded into insignificance.”

Hear that?? Insignificance! So listen up all you researchers, scientists and so-called wise mommas, Dr. Amy, a HARVARD OB, says you needn’t keep generating any more insights, testimonies or studies into how human conception, birth and child-rearing affects the health of the mother, child and community for a lifetime.  No, no, no, that idea is a baseless money-maker and we natural and conscious parenting activists need to stop GUILTING mothers into reading anything like the insignificant, profit-driven report from Amnesty International’s Deadly Delivery: The Maternal Health Care Crisis In America (see facts from this report below).

Okay, so if you’re reading this, chances are you are well acquainted not only with Dr. Amy’s long record of defending the dominant medical model of birth and projecting the culpability of that model onto the Conscious Parenting Movement, but also with what is really playing out here, as we spend most of our time on Kindred discussing the Old Story, New Story and the Space Between Stories, which is where most of us find ourselves most days.

You also probably know how difficult it is to find the New Story covered in mainstream media. Here’s a fine example:  A few months after the first BirthKeeper Summit in San Francisco last year, in an article downplaying the validity of the United State’s high maternal morbidity rate, Scientific America wrote:

“There is no charity walk to raise awareness about the 700 to 800 women that die each year during pregnancy or shortly after giving birth in the U.S. There are no dedicated colored-plastic wristbands. But statistics in recent years have revealed a worrisome trend: the rate of maternal mortality in the U.S. has more than doubled in the past few decades.”

There is NO charity walk?  There IS a charity and it is doing more than walking and sporting toxin-loving silicone wristbands.  The BirthKeeper Coalition is a nonprofit initiative and it is bringing together decades of organized efforts through a coalition to transform birth in America.  This weekend, in the nation’s capital, the BirthKeeper Coalition will not only bring together researchers, practitioners and parents in a summit, they will also stage a National Press Club Conference, a Family Rising March, a My Sistas Keeper event for birth workers of color, and a sit down meeting with the American Congress of Obstetricians and Gynecologists, ACOG, on the Monday after the weekend’s events.  The event is nearly free and you can register here (maybe for free if you ask)

Please consider attending, supporting and sharing information about this event with your social media and real life networks.  As the embodiment of this New Story, the one that believes it is possible to create a culture of connection, compassion, intelligent institutions (that might be an oxymoron), empowered families and sustainable living systems, I continually stand in awe of collaborative commitment to change, even when we acknowledge the generations it may take before cultural change appears.  Sorry, Dr. Amy; we will not shut up or give up. American mothers and babies deserve better.

And honestly, if you know where Kindred can get in on that million-dollar natural parenting industry action, please email me and let me know!
Blessings,
Lisa Reagan
Kindred’s Editor

From State of the World’s Mothers Report 2013 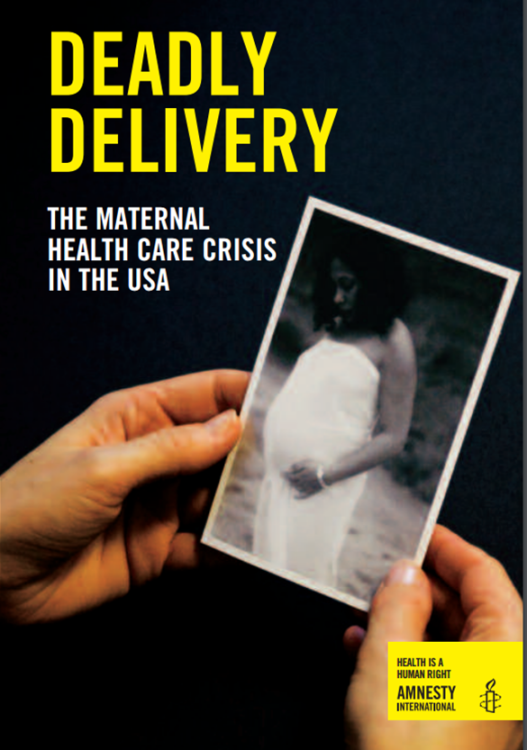 “Blaming women for the rise in maternal mortality, e.g., they need to take better care of themselves, will not solve the current issues. Indeed, the bulk of the solutions that will have the greatest impact are those solutions that occur at the system-level beyond the control of the individual woman.” Debra Bingham, Former Executive Director of the California Maternal Quality Care Collaborative, 28 February 2010

From Disparities and Inequities in Maternal and Infant Health Outcomes

Maternal and infant health inequities and disparities are serious public health concerns that have many social and economic implications, such as poor health outcomes and increased direct and indirect healthcare costs. Maternal and infant health disparities are diverse and can exist among different groups, including insured and uninsured populations, urban and rural communities, privately and publicly insured individuals, and racial or ethnic minorities. Health disparities are influenced by various factors, such as socioeconomic status (SES), educational attainment, discrimination, biologic and genetic characteristics, behavior, environment, and quality of care.

Transcendent Mentoring Of This And Future Generations

Healing The Rift Between Science And Spirituality