Why is it taboo to condemn parental coercion of children?

Read Part Two, How To Stop Disrespecting Your Children, and Part Three, Evil Babies and Parenting

Psychotherapist Alice Miller, in many books, described the consequences of mistreatment in early childhood. She went out of her way to avoid making parents feel guilty. But then she changed her mind.

Disrespect, contempt, derision, beatings, ignoring feelings and needs, emotional exploitation: Should parents be excused if they treat their children this way? 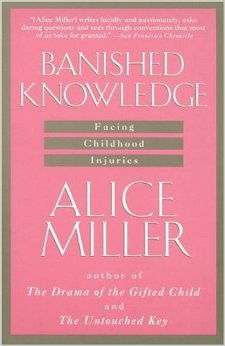 In her book, Banished Knowledge: Facing Childhood Injuries, Alice Miller points out that criminals who maim and murder are acting out of compulsions built from their own childhood mistreatment (statistics show that virtually all such criminals were abused). Despite knowing of their mistreatment, society still holds them accountable for their actions. Abusive parents have compulsions built from mistreatment in early childhood, but just as with criminal behavior, they have a choice to heal themselves from the compulsions.

Miller came to the conclusion that when children mistreat their children, they should also be held accountable. Her explanations are below.

“Many people still have no idea that they are placing dynamite in our world when they abuse their children physically or even “only” psychically. They describe their actions as proper and necessary. Others are of the opinion that such behavior, although not quite proper, is unavoidable since children are sometime difficult and their parents overtaxed: They “can’t help themselves” and lash out. To my mind, both views are mistaken, inhumane, and dangerous.” (Miller, 1990, pp. 4-5)

[In early work] I described [child abuse] for the same reasons others might describe a virus: to prevent the further spread of the disease or the phenomenon as the result of ignorance… Infectious diseases need not spread if the virus is known. Injuries can heal and need not be passed on, provided they are not ignored. It is perfectly possible to awaken from sleep and, in that waking state, to be open to the messages from our children that can help us never again to destroy life but rather to protect it and allow it to blossom.” (Miller, 1990, pp. 4-5)

“People’s questions run something like this: ‘But surely you don’t mean that parents are guilty when they mistreat their child out of desperation? After all, you’ve said in your own books that parents are compelled to transfer the unconscious traumas of their childhood to their own children and, as a result, mistreat, neglect, and sexually abuse them.’

This kind of reasoning makes me realize that I must now take a step that I did not dare take in my first books. I will proceed from the following very simple, virtually unquestioned perception: Any person who destroys human life renders himself guilty.”

“In times of peace, destruction of human life is not permitted and in fact is a crime that is punished. With one exception: Parents are permitted to destroy the lives of their children with impunity….All that is forbidden is to call it a scandal.” (Miller, 1990, pp. 19-20)

For many years, Miller followed the taboo to not condemn parents for their actions against their children. She repressed her own memories of abuse and deadened feelings. “For everything [my parents] did to me and failed to do for me, I always found countless explanations, so I could avoid asking: “Why did you do that to me? Why didn’t you, Mother, protect me, why did you neglect me, ignore what I said? Why were your versions of me more important than the truth, why did you never tell me you were sorry, confirm my observations? Why did you blame me and punish me for something for which you were clearly the cause?” (Miller, 1990, pp. 20-21)

For years, Miller excused her own mother for her hard life as a child, for idealizing (internalizing) her parents and their behavior and behaving the same way, and for her inability to sense her own child’s soul. 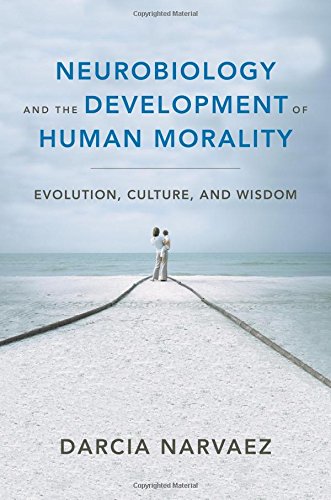 But in Banished Knowledge: Facing Childhood Injuries she says this:

“Can we blame a woman who didn’t know any better? Today I would say that we not only can but must blame such a parent so that we can bring to light what happens to children hour by hour and also enable the unhappy mothers to become aware of what was inflicted on them in their childhood. For the fear of blaming our parents reinforces the status quo: The ignorance and the transference of child-inimical attitudes persist. This dangerous vicious circle must be broken. It is precisely the ignorant parents who become guilty—knowledgeable parents do not.” (Miller, 1990, p. 21)

This focus on parent self-awareness is very critical (discussed in Part 2), though it necessarily brings up anxiety that must be worked through. But I would like to emphasize the broader context. The failure to parent with mercy and compassion is not only the parents’ doing: The community is also responsible. Human children are meant to be raised within a community of responsive caregivers. Supportive communities breed parents who are relaxed and centered enough to provide children with what they need.

Community responsibility occurs over generations because parents transfer their experiences to the next generation. Thus, the parents and grandparents of the parents must have been supported in their development with compassionate companionship care. If not and not healed from mistreatment, they pass on their trauma to their children.

When parents themselves have not received companionship care, part of humanity’s adaptive heritage, it indicates the failure of a developmental system. As Exodus 34:7 suggests, the sin of the parents upon the children, and upon the children’s children, will last unto the third and to the fourth generation. But we have scientific evidence for this type of epigenetic inheritance. For example, if grandparents suffered famine, the grandchildren are more likely to face various diseases (Gluckman & Hanson, 2005, 2007). If parents were traumatized, their offspring and grand-offspring are more likely to be anxious (Callaway, 2013).

Once broken, a developmental system needs to be explicitly rebuilt. Parents have to become self-aware and heal themselves (see Part 2). The community needs to shift its moral and social beliefs and practices (see Part 3).

Part 2: How to Stop Disrespecting Your Children (Alice Miller’s insights)

WHEN I WRITE ABOUT HUMAN NATURE, I use the 99% of human genus history as a baseline. That is the context of small-band hunter-gatherers. These are “immediate-return” societies with few possessions who migrate and forage. They have no hierarchy or coercion and value generosity and sharing. They exhibit both high autonomy and high commitment to the group. They have high social wellbeing. See comparison between dominant Western culture and this evolved heritage in my article (you can download from my website):

Narvaez, D. (2013). The 99 Percent—Development and socialization within an evolutionary context: Growing up to become “A good and useful human being.” In D. Fry (Ed.), War, Peace and Human Nature: The convergence of Evolutionary and Cultural Views (pp. 643-672).  New York: Oxford University Press.

WHEN I WRITE ABOUT PARENTING, I assume the importance of the evolved developmental niche (EDN) for raising human infants (which initially arose over 30 million years ago with the emergence of the social mammals and has been slightly altered among human groups based on anthropological research).

All EDN characteristics are linked to health in mammalian and human studies (for reviews, see Narvaez, Panksepp, Schore & Gleason, 2013; Narvaez, Valentino, Fuentes, McKenna & Gray, 2014; Narvaez, 2014) Thus, shifts away from the EDN baseline are risky and must be supported with longitudinal data looking at multiple aspects of psychosocial and neurobiological wellbeing in children and adults. My comments and posts stem from these basic assumptions.

My research laboratory has documented the importance of the EDN for child wellbeing and moral development with more papers in the works (see my Website to download papers):

We also have a paper in press showing the relation of the EDN to adult wellbeing, sociality and morality.

Never Pick A Fight With A Toddler

How Long Should Breastfeeding Last? The Science Says…