How The Microbiome Destroyed The Ego, Vaccine Policy And Patriarchy

The relatively recent discovery of the microbiome is not only completely redefining what it means to be human, to have a body, to live on this earth, but is overturning belief systems and institutions that have enjoyed global penetrance for centuries.

A paradigm shift has occurred, so immense in implication, that the entire frame of reference for our species’ self-definition, as well as how we relate fundamentally to concepts like “germs,” have been transformed beyond recognition. This shift is underway and yet, despite popular interest in our gut ecology, the true implications remain unacknowledged.

It started with the discovery of the microbiome, a deceptively diminutive term, referring to an unfathomably complex array of microscopic microorganisms together weighing only 3-4 lbs. in the average human, represents a Copernican revolution when it comes to forming the new center, genetically and epigenetically, of what it means in biological terms to be human.

Considering the sheer density of genetic information contained within these commensals, as well as their immense contribution towards sustaining basic functions like digestion, immunity, and brain function, the “microbiome” could just as well be relabeled the “macrobiome”; that is, if we are focusing on the size of its importance rather than physical dimensionality.

For instance, if you take away the trillions of viruses, bacteria and fungi that coexist with our human cells (the so-called holobiont), only 1% of the genetic material that keeps us ticking, and has for hundreds of millions of years, remains. One percent isn’t that much for the ego to work with, especially considering it now has to thank what were formerly believed to be mostly “infectious agents” for the fact that it exists. Even more perplexing, the remaining 1% of our contributed DNA to the collective gene pool of the holobiont is at least 8% retroviral (yes, the same category as HIV) in origin!

Once the object of modern medicine’s fundamental responsibility – the human body – is redefined and/or perceived with greater veracity, and “germs” become less other and more self, a challenge for germ theory which seeks to differentiate between the “good” germs we are versus the “bad” ones out there that we must fight with antibiotics and vaccines.

As many readers are already poignantly aware, today’s political climate and agenda is unilaterally pro-vaccination on both sides of the aisle (conveniently funded by the same industry lobbyists), with a tidal wave of bills across the U.S. set to eliminate exemptions against mandatory vaccination. The rationale, of course, is that deadly germs can only be prevented from killing the presumably germ-free host through injecting dead, weakened or genetically modified germ components to “prevent” theoretical future exposures and infection. This concept is of course intellectually infantile, and if you do some investigating you’ll find it was never quite grounded in compelling evidence or science.

But the intellectual implications of the microbiome go even deeper than undermining germ theory, vaccine policy, and the culture of medical monotheism that upholds these constructs…

Maternal Origins of Health and Ultimately our Species Identity 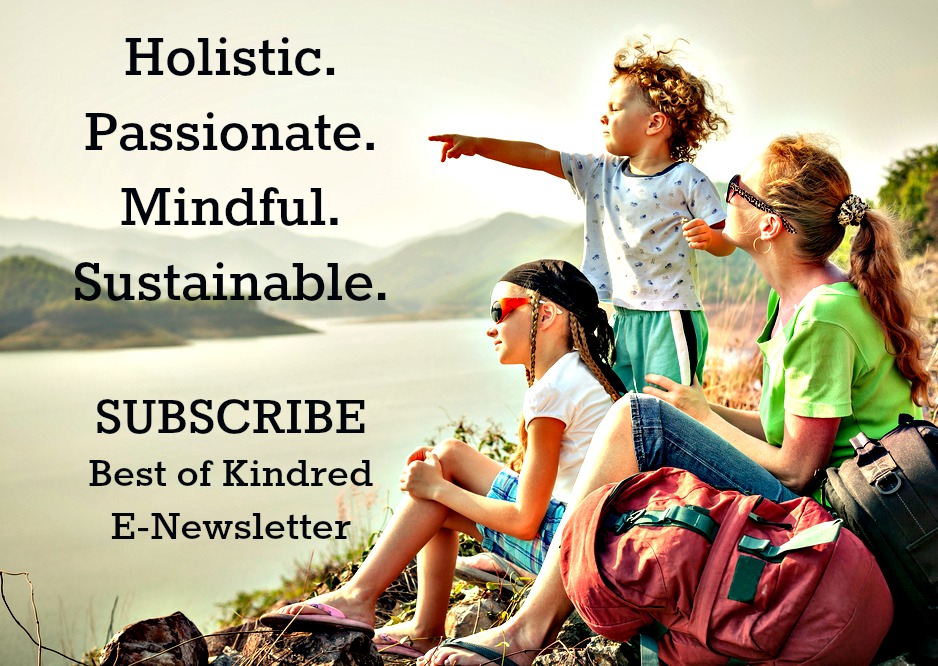 Deep within the substratum of humanity’s largely unquestioned assumptions of what it means to be human, the microbiome has also fundamentally displaced a latent patriarchal prejudice concerning the relative importance and contribution of the man and woman towards the health and ultimately the continuation of our species.

It has been known for some time that only women pass down mitochondrial DNA, already tipping the scales in favor of her dominant position in contributing genetic information (the seat of our humanity or species identity, no?) to offspring. The microbiome, however, changes everything in favor of amplifying this asymmetry of hereditary influence. Since we are all designed to gestate in the womb and come through the birth canal, and since the neonate’s microbiome is therein derived and established thereof, it follows that most of our genetic information as holobionts is maternal in origin. Even when the original colonization eventually changes and is displaced through environmentally-acquired microbial strains as the infant, child, adolescent, and then adult, develops, the original terrain and subsequent trajectory of changes was established through the mother (unless of course we were C-sectioned into the world).

Put in simpler terms: if 99% of what it means to be human is microbiome-based, and if the mother contributes most, if not all, of the original starting material, or at least the baseline and trajectory of future changes in the inner terrain, then her contribution becomes vastly more important than that of the father.

Moreover, the conditions surrounding gestation (important because of maternal-to-fetal microbiome trafficking in utero), her general health, and the way in which she gives birth (home, birth center, or hospital) now take on vastly greater importance than previously imagined. In other words, being born in a hospital via C-section and vaccination, will produce, genetically and epigenetically, a human that is so different – qualitatively – from one born at home, naturally, that they could almost be classified as different species, despite sharing nearly identical eukaryotic DNA (remember, only 1% of the holobiont’s total).

Given this perspective, obstetric interventions are the archetypal expression of a male-dominated paradigm that seeks to manage a woman’s birth experience with largely unacknowledged consequences for the health of our species. Protecting health and preventing disease has now been traced back to the origins of the microbiome, best expressed through natural birth in the home, which has been estimated to be as much as 1,000 times safer than a hospital birth despite propaganda to the contrary.

In light of the new, microbiome-based view, the male role in protecting the health of women and children will be irrevocably downgraded in importance, not just professionally and medically, but biologically.  First, it is interesting to look at the ancient roots of the biology-based psychospiritual disparities that exist between men and women, and which still influence today’s practice of medicine. 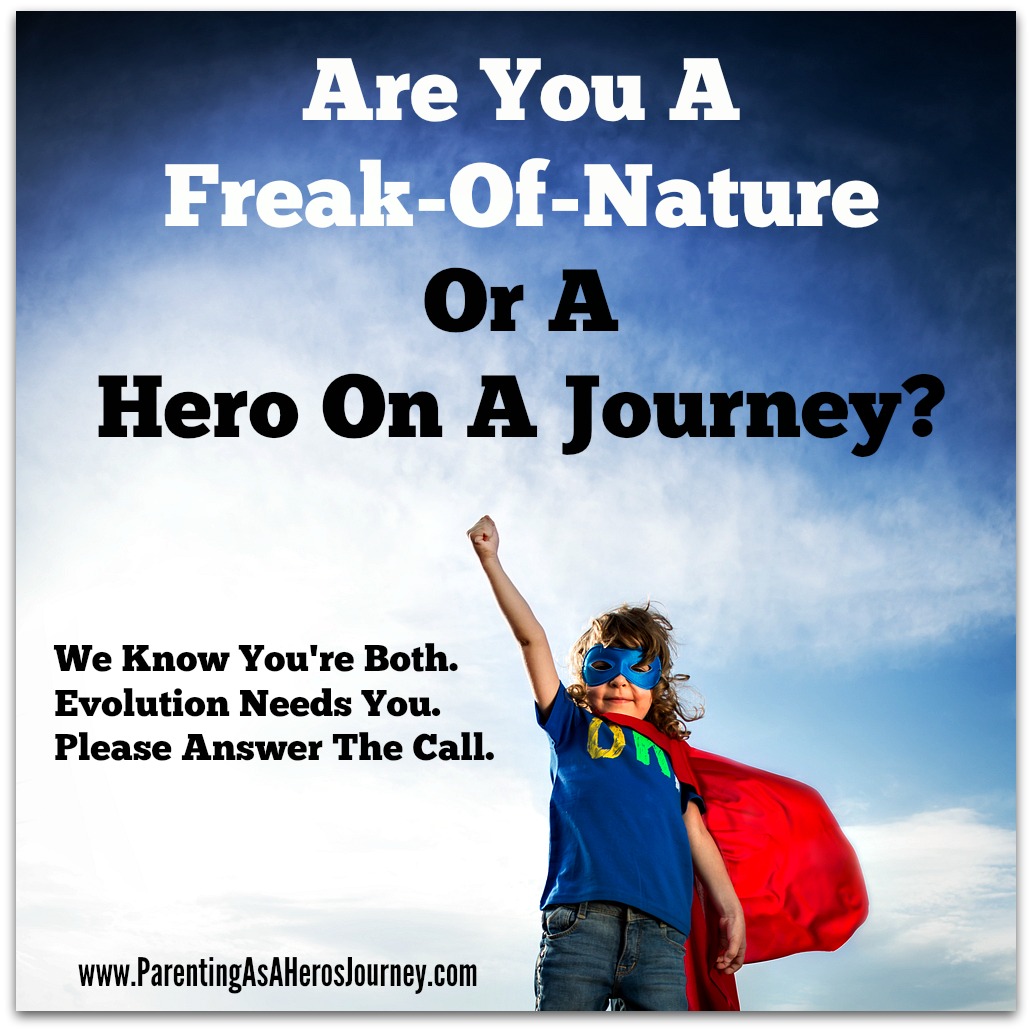 It would appear that men have from the beginning of time envied the creative role of women in conception, pregnancy, birth and caretaking. Erich Fromm also described the pyschospiritual implications for men of this biologically-based existential disparity in terms of the phenomena of womb-envy, exemplified by the biblical passage where God takes a rib from Adam to “create” Eve – an obvious reversal of the natural order of things, reflecting the inherent impotence men feel knowing their creative potency is secondary importance. It has been said, rightly, that the most powerful thing in the universe is to create life (is this not why we attribute this to “God”), and the second most powerful thing to take it. It is no coincidence that history, since it’s inception as recorded, is largely a documentation of the history of wars, of men “creating meaning” by killing men, and establishing symbol systems intended to capture by proxy the creative power latent within every woman’s body and experience.  And so, 10,000 years later, the world ruled by monotheistic, male-principled religious and cultural systems, both in secular and religious form, it seems that the facts of our biology are now intervening to shake up these largely subconscious belief systems in favor of an ancient truth: women are superior to men, fundamentally. (Though it is not a type of superiority to be used against the “weaker sex”: men, rather but to denote a higher responsibility, and perhaps greater need to be supported by men to get the job done, together, as inscribed in the natural order of things and its inherent design.)

The birth process, also, has been described as the closest thing to death without dying (it is ironic that anesthesiology, which could also be described in the same way, makes obstetrical interventions like C-section and epidural possible, at the same moment that it negates the spiritual experience of natural birth/women’s empowerment we are describing), offering women a window into the ‘in between’ and a direct experience of Source that men, less likely to experience it naturally would later emulate and access through the various technologies of shamanism.

Clearly, protecting the microbiome is of utmost importance if we are making the health of our future generations a priority. Indeed, ensuring the health of our offspring is perhaps the most fundamental evolutionary imperative we have.  How do we accomplish this? What is the microbiome but ultimately a selective array of commensal microorganisms that ultimately originated from the environment: in the air we breath, the soil we interact with, and the water and food, of course, we ingest. This means we can’t simply live in a hermetically sealed bubble of shopping for organic, non-GMO certified foods at Whole Foods, while the entire planet continues to go to post-industrial hell in a hand basket.  Our responsibility becomes distributed across everything in the world, and every impactful choice then becomes relevant to the fundamental issue and imperative at hand. With the microbial biodiversity in Big Ag, GM-based agricultural zones fire-bombed with biocides, by the very same corporations that either own or distribute the “organic brands” we all love to think will save our bodies, if not the planet, we need to step deeper into our activism by stepping out of the diversions and palliative measures that don’t result in lasting change.

When we work with the natural world, when we honor and acknowledge what is unknown about the complex web that we all share, we will bring back a vital health that now seems so far out of reach. When we engage technologies positioned in the war against germs and organisms, however, we are doomed to fail and to cripple not only our species but our home.

Sayer Ji is the founder and chair of GreenMedInfo.com. His writings have been published in the Wellbeing Journal, the Journal of Gluten Sensitivity, and have been featured on numerous websites, including Mercola.com, NaturalNews.com, Infowars.com, Care2.com. His critically acclaimed essay series The Dark Side of Wheat opens up a new perspective on the universal, human-species specific toxicity of wheat, and is now available for PDF download.

How Attachment Helps Us Make Sense Of Terrorism

The Biology Of Transcendence