Adults seem to have an easier time pointing fingers at child bullies than at adult bullies. There’s a notion that children are bullies by nature. Wrong. Adults often don’t realize that child bullying is learned from adults. Bullying attitudes are built into mainstream ideas about parenting. Don’t fall for them.

Bullies are paranoid and think that others are out to get them and so act aggressively to prevent harm to themselves.  “Prevent defense.” 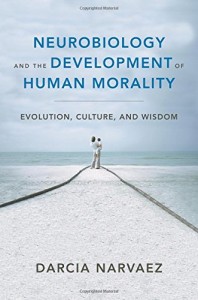 Some parents bring the same kind of distrustful attitude to their parenting: Paranoia about being manipulated. When parents think their baby is out to get them, to manipulate them, to control them, they adopt the mindset of a bully. They ignore the baby’s communications about needs (for touch, movement, conversation, breast milk) because they attribute intentional power plays to the baby. They view parenting as a power struggle–between the poor helpless parent and the all-powerful manipulating baby. Huh?! Yes, crazy thinking! But such distorted thinking is encouraged by other baby-paranoids and experts who encourage parent-against-baby attitudes.

Bullying is typically defined as unwanted aggressive behavior “that involves a real or perceived power imbalance” (from stopbullying.gov(link is external)). Usually bullying is seen as an act of commission (taking action towards another person).

But the Free Merriam-Webster Dictionary online says it is “A blustering browbeating person; especially one habitually cruel to others who are weaker.” I would like to suggest that bullying can also an act of omission: A lack of expected or needed action toward one who is weaker.

And yes, I point to babies as the weaker party.

Instead of understanding that the very physical needs of babies are “built in” by evolution millions of years ago, too many adults minimize the needs of babies and want them to behave more like plants in the corner. When babies don’t act content with minimal attention based on the adults’ schedules, some adults adopt a bully mindset and begin a power struggle. Instead, the best course is to humbly give in to the needs of the baby from the beginning.

It can seem like babies need a lot of care but, from another perspective, not really. Human babies should really be in the womb another 9-18 months (to reach the level of maturity that other animals have at birth) so they expect the equivalent of “external womb” care during the first year of life. Babies essentially want to hang around (preferably on) mom and dad and other trusted, reliably responsive caregivers. What they expect is constant physical closeness, movement, feeding at will, but also social communication (Note: these practices are all related to how well babies’ brain and body systems develop which influence wellbeing and intelligence for a lifetime; see Narvaez et al., 2013; 2014).

Such “on-body” care is not that much to ask for from someone used to carrying young children and responding to their needs automatically. But for the inexperienced and for those in cultures where babies are isolated from workplaces and rest of the community, it can seem like an enormous task. So it is best to prepare oneself before one becomes a parent for the velcroid experience of caring for a baby as evolution designed (See: Raising a Baby Well: Like Climbing Mount Everest).

There might be a critical starting poinr for a bullying attitude among parents just as there is a critical period for the development of an abusive pattern in domestic violence. In domestic violence, when the first incident of wife-battering is caught and condemned, (e.g., arrest), the abuse is less likely to reoccur (Maxwell et al., 2001). The partner is less likely to ever do so again. But if no one sees or stops him, the pattern has begun and is more likely to continue.

I think that maybe something similar happens with attitudes towards babies.

The cascade of bullying babies may be instigated in medicalized birth (99% of USA births since about mid-20th century). In US hospitals, it is very common to do things to babies that make them cry in fear/anger/panic/pain (e.g., separating them from mother; poking them; suctioning their lungs; rubbing them harshly, putting them in bright lights and smells) (see Liu et al., 2007).

I suspect that when parents see the rough treatment of the baby and the unconcerned, non-responsiveness of the medical staff to a baby’s cries, the parents’ minds get imprinted with: “It’s normal to treat babies harshly; it’s normal for babies to cry; it’s normal to ignore those cries.” This may be the first step on the path toward insensitive parenting. And then with encouragement all around to “get your life back” and “you’ll spoil that baby,” parents second guess their own compassionate intuitions and move down the pathway toward less responsiveness.

Less-responsive and baby-unfriendly treatment includes practices like sleep training, corporal punishment, and denial of parent physical presence. Responsiveness is one of the most studied positive predictors of good child outcomes. In our research we find, like others, that parent responsiveness to the child is established in the first months of life.So it is important to support responsive parenting from the outset. This means soothing birth experiences and skin-to-skin contact with baby from the beginning. (See: Ten Things Everyone Should Know About Babies)

It is not just particular parents but the whole society that is influenced by insensitive medical practices toward babies. Just like beating your wife used to be considered “normal,” a crying baby is often considered “normal” in the USA. But neither are “normal” from the scope of human existence on the earth. No social mammals torture their partners or babies (and yes, I think ignoring a baby’s needs is a form of torture).

In fact, 99% of our human genus history was spent in small-band hunter-gatherer societies where being with loved and lovable babies 24/7 was the norm. And babies who are carried and fed at will rarely cry. If babies cry in these societies, it’s not for very manyseconds because someone quickly responds and figures out what a baby needs. One anthropologist recently reported that in her observations of hunter-gatherers, upon hearing a baby cry all the adults say “pick up the baby!” Wise adults know that distressing a baby is bad for the baby and bad for the group in the short term (predator attraction) and long term (disordered adults). So every precaution is taken to keep the baby calm and quiet during those months when the brain is finishing its self-construction based on early support. This is unlike expectations and practices regarding what is called colic and desperately awful in the USA where babies are traumatized at birth and too often don’t get the treatment they evolved to need. Although fussiness might increase in the first months of life in small-band hunter-gatherer societies, there is still little crying, unlike the expectation (and ignoring) of so-called period of purple crying expected in the USA.

When compassionate intuitions about caring for the baby have been suppressed, repressed or oppressively discouraged by others (including a parent’s childhood treatment by his or her own parents), the seeds of distrust are sown in baby. Paranoid parenting creates a cascade of distrust, signaling to the child to distrust relationships generally. Letting babies become too distressed for too long changes brain development towards more stress reactivity, undermining intelligence, social skills and compassion (Narvaez, 2014). (See: Five Things NOT to Do to Babies)

So what do we do?

(2) Support parents in their intuitions to be compassionate and physically close with their babies 24/7.

(3) Assume that normal babies are quiet and happy and that a crying baby is a sign of something gone wrong (more here).

Babies are biosocial beings–their bodies, brains and sociality are built by experience with caregivers. It needs to be loving attention: Love Starts With Babies.

So how is it that children first learn to be bullies? Initially from caregivers who behave unempathically towards their needs, starting in infancy. This is something we can change.

Thug Kitchen Cookbook: Eat Like You Give A F*ck

Why We Need Softies In Leadership