American Democracy At The CrossroadsAuthoritarianismColonialism 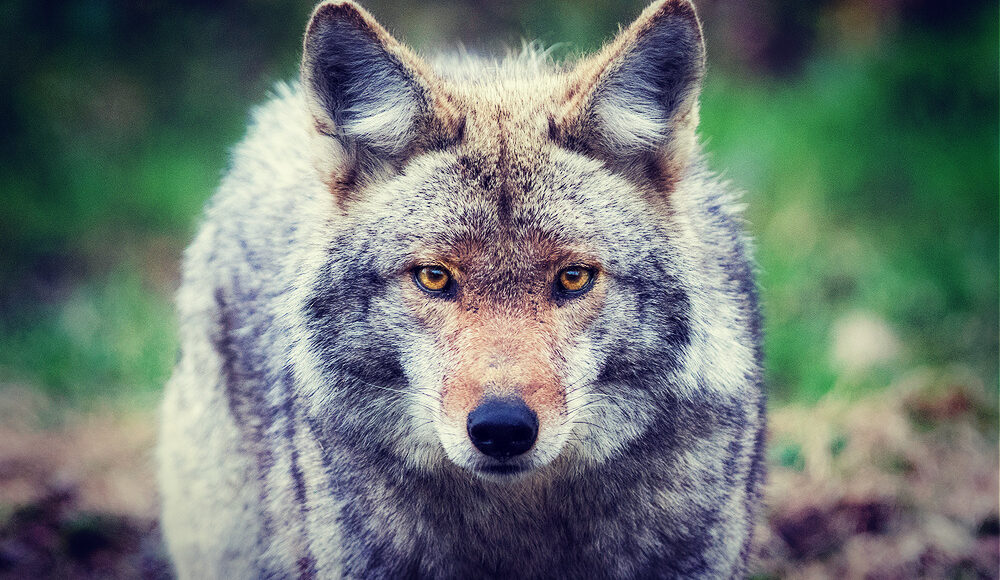 Several folktales around the world tell the story of two friends or allies who suddenly begin quarreling about a seemingly mundane topic. Usually, a third party is at play—a trickster—who incites the argument by sleight of hand. So polarized are the pair, so attached to their being right, that the argument erupts into a major battle, destroying everything around them—villages, forests, people.

In New Mexico, our archetypal trickster is the coyote. Indigenous cosmologies tell of how coyote interferes in the peaceful lives of humans to disrupt the status quo, creating mayhem. In one story, he dons a coat, red on one side, blue on the other, transforms into a man, and walks between the properties of two neighboring friends. The neighbor on the blue side, insists they saw a man with a blue coat. The neighbor on the red side thinks his friend is suddenly crazy and demands he know the truth, that the man was wearing red.

So it is with America right now…imploding between right and left, red and blue, at the invisible hands of coyote.

According to our own statistics, America is a dangerous place for babies and children. It’s a dangerous place for mothers and women, and minorities too. And it’s becoming more dangerous every day. Our partisan politics, our electoral system—our utterly broken democracy—is killing them. You could say that the system’s well-oil manipulation machine—big tech—is the trickster-coyote at play.

Caught inside the iron-fisted stand-off battle between left and right, our communities, our dignity and our birthright to health and happiness have gone up in flames. It’s the collateral damage two sides are willing to assume for the price of being right.

Two of the most inflamed issues right now – the overturning of Roe v. Wade, and school shootings – demonstrate just how unwilling we are as a country to deal with the real issues underneath these events, and instead stay polarized. While seemingly different issues (abortion and gun safety), they share a common opportunity:  to radically improve the health, happiness, safety, education, and wellbeing of Americans so that fewer are killed and more thrive.

But we’re not taking that opportunity. We’re staying at loggerheads.

The Supreme Court’s maneuver to overturn Roe v. Wade is not about saving the lives of babies, or preserving family values, or upholding Christian moral beliefs. If it were, then its architects would be staunch advocates of a plethora of pro-infant, pro-mother, pro-family and pro-child initiatives. They would be ensuring that all these unborn lives would not only be saved but have a safe environment in which to thrive.

They would be pushing “pro-life” agendas such as paid parental leave, increased child and parent benefits, free childcare, and free universal healthcare. They would be voraciously attending to the 10.7 million children in America that are hungry. They would be marching on Washington to halt the climbing mortality rates of new mothers, particularly their rates of suicide—a leading cause of death to new mothers in America. They would be fighting for equal pay and other minority rights. They would avert the deaths of over 250 children (from unborn to teenagers) by mass shooters. They would be ensuring that the one in every four women in every American household, many of whom are mothers, were safe from physical violence. They would avert the teen suicide, teen homicide, drug abuse and depression that results from pervasive bullying, by funding programs to irradicate it. They would boldly turn, face and deal with the fact that there are on average 463,634 victims (12 or older, many of whom are raped by their spouse or partner) of rape and sexual assault each year in the United States. They would be scouring the Constitution for every last word that upholds the wellbeing of babies, children, women, and mothers to then build them into policy and law.

And if the NRA were so genuinely concerned about the safety of babies, children, and families, they would be highly invested in similar commitments.

Indeed these interests would ensure that no child would be left behind—to die, to starve, be raped, bullied, to shoot or be shot—a simple, rational request from a mother in exchange for bringing a baby into the world. But they aren’t. And that’s because it’s not American lives that are of the real interest here. It’s votes. It’s about being right. These architects are not the protectors of babies, children and families they pretend to be. They are architects of control. And as such they are manipulating each and every one of us, especially if we feel we’re not being manipulated.

There are amazing people on both sides of the aisle, but we the people are getting ravaged in the middle of the manipulations and cloaked agendas. I believe that most Americans share a common desire for peace, wellbeing and success for all. But somehow as citizens we’ve handed over our power.

So if America doesn’t want a democracy, what does it want? I think this is an important question for us all to ask as Americans. What do we really want? And is the current political system the way we are going to get it? If we keep handing over our power to that system and its coyote friend, and just continue down the same road because that’s the way it’s always been done, what will it continue to get us? Answer: the same thing, but more of it. More violence, more embarrassing statistics, more headline news, more division. Is it any wonder that the rates of American youth suicide, self-harm, anxiety and depression are spiraling out of control? Our children are the canaries in our societal coalmine. And our conditions are toxic, not survivable.

Recently New Zealand Prime Minister Jacinda Ardern spoke to Harvard graduates. She touted that her country had overcome political divides to pass significant legislation. She called on graduates in Harvard’s Class of 2022 to pursue “genuine debate and dialogue” to protect democracy. She took aim at the trickster-coyote that spreads so much disinformation—big tech. “We are the richer for our difference, and poorer for our division,” Ardern said. “Through genuine debate and dialogue, through rebuilding trust in information and one another, through empathy—let us reclaim the space in between.” But even in the age of big tech, Ardern said individuals, too, must play an important part. “The issues we navigate as a society will only intensify. The disinformation will only increase. The pull into the comfort of our tribes will be magnified,” she said. “But we have it within us to ensure that this doesn’t mean we fracture.”

I’m personally tired of hoping politicians and big tech are going to save the day or change their ways. Their entire ecosystem rewards bad behavior, and gives power, money and control to those who disrupt and destroy the most.

In the ancient cautionary tales, it is not the coyote who is defeated, but the awakening to the trick that ends the nightmare. It’s not that the coyote is bad per-se, in fact he is revered in indigenous wisdom because he is a disruptive device to wake humans up from their numb trance. And so beloved citizens, it is time for our awakening. We need to understand that all what we believe to be real, is simply a maneuver, a trick, to keep us engaged in the battle.

We the people need to take our country back, away from the divide that is crushing us and keeping us at an ever-devolving stalemate. We’re rotting from the inside, when the majority vote, if counted, would make other choices.

What are the conditions that America needs now so that we can stand united and pass significant legislation that will make America gracious, whole, happy, and thriving? I’ll leave that question in your hands. And as you ponder it, remember, coyote is at play.