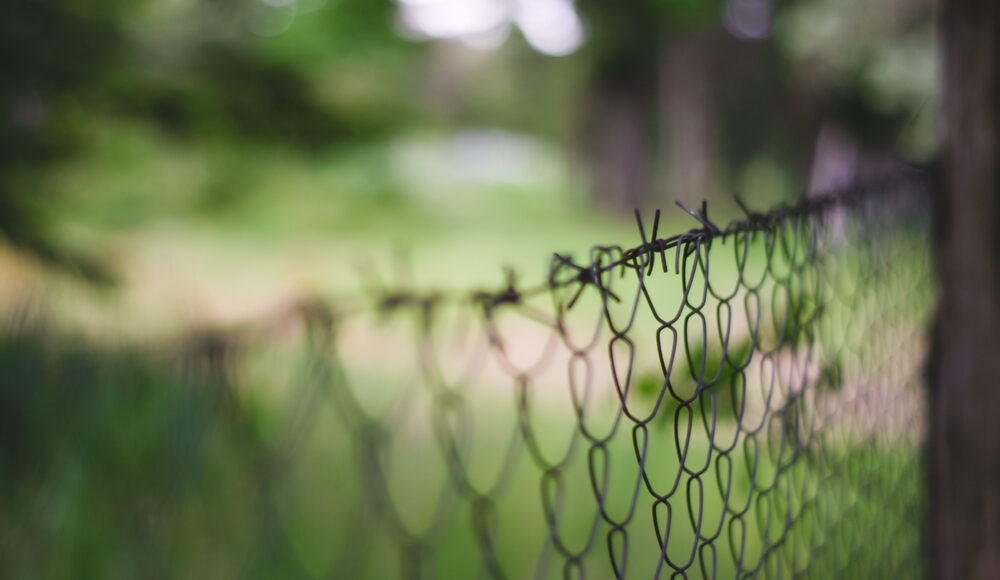 How humans can better coexist with their natural environment.

In this interview with ecopsychologist, Vaughan Wilkins, we explore captivity through a trans-species lens. A skilled and inventive educator, Wilkins has spent the last decade working with captive and companion animals, families, schools and organizations to incorporate trauma responsive learning. His research focuses on the impacts of the loss of ecological participation across species lines in both humans and non-human animals.

From the psychological trauma of animals held in captivity to the collective trauma of modern techno-industrial society, Wilkins suggests that coming home to our senses may hold the key to unlocking the cage of our shared captivity. Vaughan holds an MA degree in the psychology of Animal Behaviorand a PhD in ecopsychology where he completed a dissertation, Enculturated Captivity: The Ecopsychology of Collective Trauma.

To get started, tell us about the path which led you to this work.

We find ourselves in an unprecedented age of ecological disconnection. The way we are collectively living on this planet is leading towards untold species extinctions, ecological collapse, and the eventual death of the living world. As an ecopsychologist I was asking the question, is the way we are living making us sick? Is our disconnection from a healthy ecology leading to psychological issues and then are these psychological issues preventing us from attaining ecological health? In order to try and find the answer to that question I began studying another population that had lost their connection to their ecosystem and were suffering from those impacts — animals held captive in zoos.

I was studying cooperation among African wild dogs held captive at the Bronx Zoo. This species collaborates together. I was hoping to learn something from them because I think the same is more true for humans than we’d like to believe. However, the dogs at the zoo weren’t exhibiting any of their “wild” states of mind or behaviors, and as I began looking around the zoo more, I realized none of the animals were acting as one would expect from their non-captive relatives.

Instead many were exhibiting abnormal, repetitive, and self-harming behaviors known as stereotypies or what many are now calling zoochosis. I wondered if that could be what is happening to modern humans — are we suffering from a form of zoochosis? And if so, what is the nature of our captivity, and where are the bars holding us captive?

Zoochosis is a term coined to bring attention to the damage animals experience in zoos. From the perspective of trans-species psychology, the scientific recognition that all animals, including humans, share common brain structures and capacities for thinking, feeling, and consciousness, zoochosis is complex post-traumatic stress disorder (C-PTSD). C-PTSD is the name given to the lasting impacts of trauma that come from protracted or repeated traumatization where escape or defense is unavailable.

Whereas the better known post-traumatic stress disorder (PTSD) corresponds to the lasting symptoms of an acute event, like a car crash or attack, C-PTSD is the disease of captivity where the traumatic situation continues until it becomes the water that we are swimming in. Such is the case with physical captivity like prison camps or zoos, and psychological captivity like domestic violence, poorly attuned parenting, and other factors associated with developmental trauma.

Modern humans are immersed in a built world that in no way resembles the Pleistocenenic ecology of our species emergence, it appears that we have captivated ourselves. Without being able to participate in our own evolved connections with the natural world we have developed our own abnormal, repetitive, and self-harming behaviors that are leading us towards our own extinction. Our culture has made all species captive in some way or another, including humans. Animals held captive and modern humans are experiencing a form of traumatization.

Is that what you are referring to when you say enculturated captivity, zoochosis for humans?

Enculturated captivity is the name I give to this hidden captivity, the invisible bars of the modern world. Enculturated captivity doesn’t refer to the experience of humans held in physical cages, C-PTSD is sufficient for that. Enculturated captivity identifies a set of thoughts and behaviors that we grow up in, imbibing them as a collective, and then passing them on to future generations. It has real and measurable psychological and physiological impacts and these impacts can exist across species.

It points to a cage that is constructed through norms and conventions and a faulty definition of sanity that condones us living in a way that is killing our own life support system. By living in a way that is anti-ecological and hurting us, but then naming it sanity, we validate and condone it and then teach it to our kids. It becomes a secret cage that prevents us from living as functioning members of the earth community.

You call this the ecopsychology of collective trauma.

Ecopsychology was originally developed as a reframe on modern psychology. It asks us to consider what psychological health would look like for humans as healthy members of this planet and its ecosystems. Whereas modern psychology truncates the psyche and hides it inside the human head, ecopsychology recognizes that the human cannot be separate from the rest of nature and instead looks for ways to improve this relationship for both humans and the rest of the living world.

Ecotherapy is the applied branch of ecopsychology, essentially it’s how to do ecopsychology. If we look at our own lives and the lives of those around us, which behaviors are the stereotypies and which are the enrichments? And if we are indeed captives how do we create ecotherapies that lead towards liberation not just ways to help us enjoy life in a cage.

Are all humans suffering from enculturated captivity?

I can’t speak for all humans. I will say that if we shift the conversation to reexamining what we think of as sanity to include being able to live as mutually beneficent members of our ecosystems, then those of us living in modern techno-industrial society are not on the road to sanity. Just consider the number of mass shootings that occur every year. The cage we have built to live inside is doing to us what all cages do. The extent to which we perpetuate and advocate for the status quo could then be seen as the tell-tale sign for enculturated captivity. The move towards making personal changes in how we live our lives, and helping each other make community changes, and then commit and demand systems change then become markers for a movement towards wellness.

One of the leading theories of how trauma is generated is that when restraint is imposed (either physically, psychologically or culturally) it takes away both active escape and active defense. When that happens all that is left is a shut-down response that is akin to dissociation. This subdued malaise or numbing is the beginning of C-PTSD and the extent to which it is allowed to continue will actually change the neurochemistry of the individual. It actually changes their brain. It alters the reality they have access to and the types of relationships they will have, and the world they will pass onto their children. So my concerns from this last year center around young people with developing brains that were forced into situations of restraint and choicelessness. Situations that have for some made real shifts in their neuronal connections.

What is your take-home message for readers to address this in their own lives?

First off, modern humans and non-human animals are experiencing trauma of enculturated and real captivity. However, just know that calling it zoochosis is likely to perpetuate the fictional divide between human and non-human animals that got us both stuck in cages in the first place. So the first take-home message is you are an animal. Deal with it, don’t disown it. There is an immense amount of healing that we will find through living that one simple realization out into the world.

Second, we evolved to live in a relationship with the rest of the living world just like every other animal did. We became human by interacting with that which was not human. By letting our senses interact with the world we were designed through evolution to learn from and listen to, we give each ecosystem a chance to welcome us back into the world. This coming home to our senses is going to be key to unlocking the cage that we have built for ourselves.

Furthermore, it is through our senses that we will garner new creative solutions for large-scale systems change informed by listening to the unique bioregions and places where we live. From this place direct action in service of becoming fully human is available. This is the world that is available to us as we come home to our senses and become fully human as part of a more than human world.

Gay Bradshaw holds doctorate degrees in ecology and psychology, a master’s in geophysics, and a bachelors in linguistics and Chinese. From 1992-2002, she was a research mathematician with the USDA Forest Service, holding faculty positions at Oregon State University (Departments of Computer and Electrical Engineering; Environmental Sciences Graduate Program) and at Pacifica Graduate Institute. She was a Fellow at the National Science Foundation National Center for Ecological Analysis and Synthesis (NCEAS), Santa Barbara, California, USA.

Dr. Bradshaw’s diagnosis of Post-Traumatic Stress Disorder (PTSD) in free-living Elephants launched the field of trans-species psychology. Her books are How Landscapes Change (Springer-Verlag), Minding the Animal Psyche (Spring 2010), The Elephant Letters: The Story of Billy and Kani (2014), Pulitzer-prize nominated Elephants on the Edge: What Animals Teach Us About Humanity (Yale University Press, 2009), Carnivore Minds: Who these Fearsome Animals Really Are (Yale University Press 2017), and Talking with Bears: Conversations with Charlie Russell (Rocky Mountain Books, 2020).

She is published in academic and popular media including Nature, American Scientist, Developmental Psychology, Journal of Trauma and Dissociation, Ethology, and Psychology Today and featured in the New York Times, Time Magazine, Forbes, NPR, National Geographic, Smithsonian, Stern, Scandinavian television, The Atlantic, Telegraph, The London Times, ABC’s 20/20, several documentary films, and animal protection media such as AAVS, HSUS, and NEAVS, and Best Friends Magazine. Gay is the founder and director of The Kerulos Center for Nonviolence and The Tortoise and the Hare Sanctuary located in Jacksonville, Oregon, USA.

The Opioid Crisis: A Vicious Cycle of the Quick Fix