American Democracy At The CrossroadsAuthoritarianismBlack Fathers 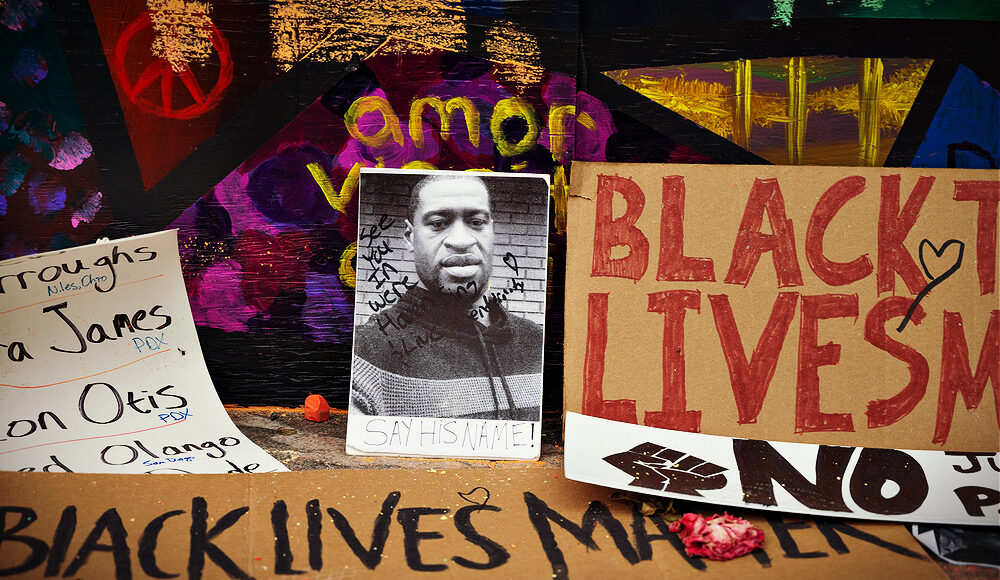 Unpacking the ethical psychological processes of witnesses and officers

Moral injury is a term that emerged from the writings of war veterans to refer to the soul damaging experiences of soldiering:

Here is the definition from the Syracuse Moral Injury Project: Moral injury is the damage done to one’s conscience or moral compass when that person perpetrates, witnesses, or fails to prevent acts that transgress one’s own moral beliefs, values, or ethical codes of conduct.

Darnella Frazier was just 17 when she happened upon the scene and started recording it. She thought that anyone of her male family members could have been under Mr. Chauvin’s knee. In tears she explained, “It’s been nights I stayed up apologizing and apologizing to George for not doing more and not physically interacting and not saving his life.”

EMT and off-duty firefighter Genevieve Hansen, who had been out for a walk, burst into tears when she recounted being rebuffed as she begged the officers to check Floyd’s pulse.

These witnesses and others expressed their distress from witnessing something they knew to be deeply wrong. They spoke up at the time, but it had no effect on the officers. They heard George Floyd plead for his life, call for his mother and then become unconscious. This is moral injury.

What is clear from the outpouring of protests after George Floyd’s death is that most people witnessing the recording of Floyd’s death were morally injured.

How does moral injury differ from post-traumatic-stress -disorder (PTSD)? PTSD is based in fear, a deep conditioning from experiencing traumatic events like bombs, physical or sexual abuse. Moral injury is not fear based and results in a wider range of symptoms, such as depression, guilt, shame, anger, social isolation and betrayal.

The psychological processes of the witnesses can be described with Rest’s four-component model of moral behavior. It identifies multiple psychological processes that must all succeed for a moral behavior to ensue (Rest, 1983; Narvaez, & Rest, 1995): (1) One must notice that the situation calls for an ethical action. These witnesses were stopped in their tracks, distressed by what was happening. (2) One must consider possible actions and select the most ethical. The witnesses took action. (3) One must be motivated to act in that moment. The witnesses were motivated. (4) One must be able to carry out the action with some knowhow and courage. With some trepidation, they did different things to try to intervene: call the police on Mr. Chavin; urge George Floyd to cooperate; tell the police officers to pay attention to the needs of Mr. Floyd.

Triune ethics meta-theory (Narvaez, 2012, 2014, 2016) addresses the different personalities and mindsets that people bring to a situation. Some people tend to be habitually relationally and empathically attuned to others, enhanced with a communal imagination. They feel connected to and responsible for the wellbeing of others. The witnesses appear to demonstrate these kinds of capacities. Other people tend to be habitually more self-concerned and self-protective, characteristics enhanced by a vicious or emotionally-detached imagination. They are looking to dominate others or be disconnected from what’s happening. The officers seem to have displayed more of these characteristics. Were they morally disengaged?

Moral disengagement is a construct invented by Albert Bandura (2016). It refers to psychological processes that can disengage an individual’s morality from their conduct. According to Bandura, the mechanisms of moral disengagement involve cognitive and social machinations but not literalself-deception. There are four categories: behavior, agent, effects, victim.

Bandura (2016) applies the construct to multiple areas of life including the entertainment industry, the gun industry, religious institutions, the corporate world, terrorism and the climate crisis.

Reliving the experience of Mr. Floyd’s death can re-injure one’s moral compass, leading to the types of outcomes mentioned earlier. One of the best ways to heal from moral injury is through group therapy: to talk out one’s feelings in a supportive, non-judgmental social group. We may all need to do that.

Bandura, A. (2016). Moral disengagement: How people do harm and live with themselves. New York: Worth.

What Societal Characteristics Are Associated With Peace?