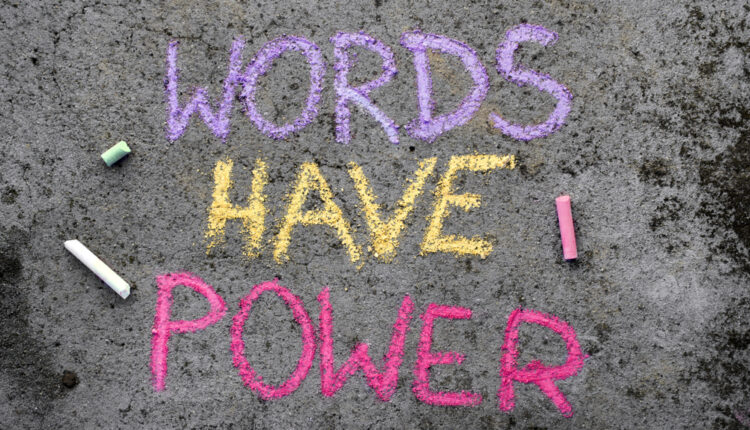 Editor’s Note: Kindred’s contributing social justice editor, Reshma Grewal, has been studying ACES since 2019, when she joined Kindred’s Spirit-In-Residence Program as a sophomore at the University of California at Santa Barbara. She continues to study ACES, and report back to us (below), is a contributing team member to the forthcoming Kindred Fellowship Program, and is a new junior board member for our parent nonprofit, Kindred World.

You can read more about Kindred’s partnership with the ACES Aware of Scotland program here.

It’s impractical to have a conversation about trauma without discussing the language surrounding it. The language we use can foster shame, love, understanding. It can be used as a weapon or defense mechanism. In this ACES Aware Scotland Series, Lisa Cherry and Joan Smith are acutely aware of these truths and spoke about the power language can have in the realm of trauma studies and awareness.

Much of the language we have and use is about othering or labeling rather than recognizing the effects of hurt. Cherry and Smith discussed the ways in which we speak about domestic abuse, terrorism, childhood trauma, addiction and more need to evolve so that our language is emotionally communicative instead of dismissive.

In order to bring awareness to trauma, we must understand how we can write about traumatic events in an accessible way. We have to evolve our language around suffering so that we can speak safely about vulnerability, and with this, be able to listen.

The ACES Aware – Scotland – Conversation Series 2020–2021 creates a space in which to explore a wide range of themes relevant to the Adverse Childhood Experiences movement.

In this, the fifth in our series, we consider the Language of Suffering. For human beings, language is an essential to the way we make sense of experience, including emotional pain and distress. Perspectives on language have been a key part of the international discussion around ACEs. How do we distinguish between terms like ACEs, trauma, adversity, maltreatment, distress and others? When do the differences matter and when don’t they? This is a complex issue, and it is valuable to have space to explore that complexity.

Our guests are Lisa Cherry and Joan Smith, both authors with a rich history of reflecting on the limitations and power of language. We thank our guests for participating, Gary Robinson for chairing, and all those who joined us live for this insightful conversation. We are pleased to share the event with all of you joining us online.

TRIGGER WARNING: This conversation includes discussion of difficult subjects including terrorism, sexual violence and child maltreatment. The topics are handled with sensitivity, but are inevitably uncomfortable.

Kindred’s articles and videos on ACES

Kindred celebrated and welcomed Reshma Grewal as our first Kindred Scholar in 2019. She joined Kindred World as a junior board member in 2021 and is currently one of our contributing social justice editor.

Reshma Grewal is a Writing and Literature student at the University of California at Santa Barbara, and plans to minor in Applied Psychology and English with a specialization in Literature and the Mind. She focuses on realistic fiction and creative nonfiction writing, with common themes of trauma, development and personality.

“I am overjoyed and grateful to be able to join Kindred. This opportunity will allow me to explore critical parts of human nature and our sociocultural system, through both analytical and creative mediums,” said Grewal.

As a Kindred Scholar, Reshma will be interviewing Kindred thought leaders around how their work connects to a new generation of changemakers and researching Adverse Childhood Experiences and Trauma. She plans to explore the relationship between mental illness and isolation in the time of the Coronavirus as well as use her creative work to process and share the complexities of our current political climate.

In addition, Reshma is working with Kindred’s Editor, Lisa Regan, and Kindred’s Social Justice Editor, Dave Metler on founding a Kindred Fellowship Program to establish a dynamic and sustained pathway between young changemakers like herself and Kindred. The Kindred Fellowship Program will catalyze Kindred as a launching pad for Kindred’s next generation of changemakers who will be mentored by Kindred’s thought leaders around childhood-centered social justice education and supported in putting their ideas for change into action.

There are two things that Kindred community members share in common – (1) contributing a piece of the wisdom of “The New Story of Childhood”, and (2) wishing they would have come across the collective wisdom of Kindred sooner. With the help of our first Kindred Scholar, Reshma, Kindred is beginning to put its wisdom into action sooner in launching its’ next generation of changemakers.

“I feel joyous to work with Reshma and Lisa to develop a Kindred Fellowship Program which will provide childhood-centered social justice education to maximize the impact of the launch of Kindred’s next generation of changemakers,” said Dave Metler, Kindred’s Social Justice Editor.

Hippies Giving Birth On A Bus: The Farm & Ina May Gaskin, A Documentary