American Circumcision is an award winning feature-length documentary about the modern circumcision debate, and the growing Intactivist movement, which says that all human beings should have the right to make their own choices about their bodies.

The 2017 film, American Circumcision, should be watched by everyone who will have a boy in the future, everyone whose family will have a baby boy in the future, every medical professional that has a say on child treatment, and all parent educators. It is filled with important information, from history to research studies, and with interesting details about male anatomy and the horrific circumcision practices (and accidents) themselves.

Here are some of the movie’s points: 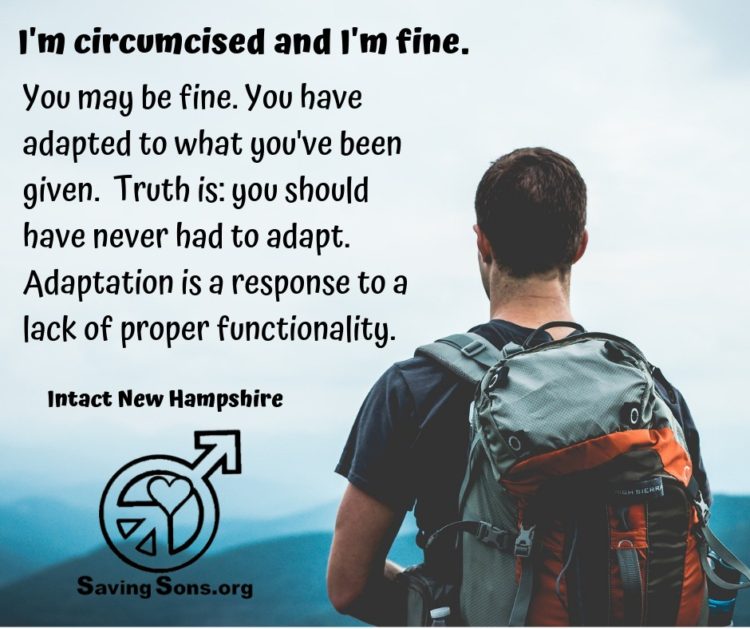 Circumcision as a cultural practice started with a minimal clipping as instructed by God to Abraham in the Jewish Torah. When Jews started competing in athletic games with the Greeks, they started to stretch the foreskin so they would look like the Greeks. This disgruntled Jewish leaders who then changed the practice to remove the entire foreskin.

Lots more on its English history, where circumcision was correlated with wealth (upper classes did it more), here.

Americans, with puritanical roots, adopted it as a means to curtail social pleasure. Though circumcision largely died out in England by the 1950s and health services never paid for it, the USA continues the practice still today.

More on history of circumcision in USA, here.

THE EFFECTS OF INFANT CIRCUMCISION

As John Geisheker, director of Doctors Opposing Circumcision (DOC), explained, there is a massive literature on the topic, in multiple disciplines. As he awakened to the issue, he reports becoming more and more horrified at what he learned. Lots of studies show there is no good effect.

PAIN. Only about 50% of are anesthetized. Anesthesia doesn’t always work, doctors don’t wait long enough for it to work, and the best anesthesia takes several injections into the penis (painful!)

The younger the baby, the more exquisitely the pain of circumcision is felt (Anand & Hickey, 1987).

PTSD. The Taddio study showed that circumcised infants reacted more hysterically to vaccinations, which was interpreted as PTSD. Babies might look like they are sleeping but they would withdraw into catatonic shock. Distrust is potential aspect of the PTSD that results.

INABILITY TO EXPRESS FEELINGS (alexithymia). Boys go into shock and dissociate during the procedure which can lead to an inability to express their feelings.

SEXUAL ABUSE. Baby gets erection and then circumcision occurs. When Marilyn Milos saw this she realized it was sexual abuse, where sexual and violence are brought together.

BOTCHED PROCEDURES.  Botched circumcisions happen frequently. A malpractice lawyer said in the film, “there is a lot of malpractice.”

In the USA, the sexual revolution of the 1960s countered the anti-pleasure view of a good life. As a result, decade by decade, other rationales have been promoted to continue the practice of circumcision, making it a political not medical issue.

Other recent excuses made by promoters of the practice include:

THE AMERICAN ACADEMY OF PEDIATRICS (AAP)

The head of the APP committee advocating infant circumcision was interviewed in the film. The 2012 APP statement he helped write says the benefits of circumcision outweigh the risks but they also say “The true incidence of complication after infant circumcision is unknown.” Reports of death or complications were treated as case studies. Problem: Adverse responses are not collected and often happen outside the hospital where circumcision took place.

He also said that 120 million US men are circumcised.

Even those who are/were not circumcised have/had doctors who mistreated their penises at well-child visits (i.e., forced retraction), presumably out of ignorance. Some boys don’t recover and undergo circumcision later.

Is being against infant circumcision antisemitic? Is being for baby wellbeing anti-semitic?

Circumcision is practiced to welcome baby boys into the Jewish community. Recall that the original method of circumcision didn’t do the vast damage that today’s practices do.

Now there are other ways to welcome baby boys. For example, Brit Shalom does not require circumcision.

There are a number of Jewish groups for intactivism (see link below).

HARD HITTING QUOTES FROM THE FILM:

Marilyn Milos says that circumcision is “the torture and mutilation of babies.”

“Advancing your career on the mutilation of babies is evil.”

“How do you apologize to your children for doing this to them?”

“Whose penis? Whose body?”

Please watch the film if you care about children. 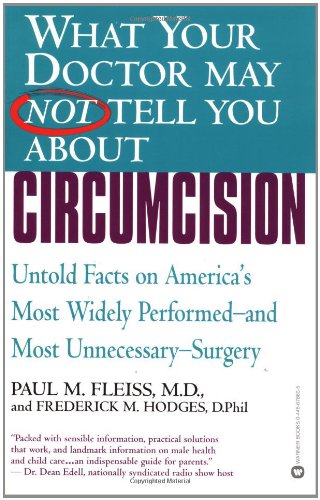 Here are some videos of infants being circumcised that are very disturbing.

Map of the world’s circumcision practices. Notice how this relates to violence in men from those places.

MORE BLOG POSTS of mine (written with experts):

Myths about Circumcision You Likely Believe

More Circumcision Myths You May Believe: Hygiene and STDs

What Is the Greatest Danger for an Uncircumcised Boy?

Why Continue to Harm Boys from Ignorance of Male Anatomy?

Protect (All) Your Boys from Early Trauma

Why NOT circumcise your boy? Risk for Autism

Why Humans Rule The World