Several years ago, when EQUUS was in its nascent stages, I was sharing with a friend my ideas about growing my herd from one horse to possibly three or more, and finding my very own piece of land on which I would live with said herd, where EQUUS would serve its clientele.

“I want to create a retreat center where people can come and transform,” I said. “Where we can facilitate groups, and I can write my book.” I was getting excited just saying it out loud. At this point I was just looking off into the distance, imagining a beautiful piece of land, with a home and stables, surrounded by hills, a cozy study where I was sitting at a desk writing. “…and I can walk out my front door, hop on one of my horses, and ride for hours into the wilderness with my dog!”

“You’d better be careful,” he said. His stern voice yanked me out of my daydream and back to where we were standing—the muddy parking lot of a tired disheveled boarding stable.

I looked at him quizzically.

“…you’re flying way too close to the sun,” he finished, as he turned his back, walked to his truck, got in and drove away.

I stood there, a halter hung limply in my hand, for what was probably several minutes. I imagined myself Icarus, on a winged horse, flying away from this terrible place towards the light only to melt into a puddle of humiliation back on this muddy parking lot again. Put back in my place. How dare I dream like that? Who am I anyway to imagine myself better than the rest. I should be grateful for what I have. I’m selfish. I’m spoiled.

“You are too damn big for your britches!” my stepfather would bark at me, ensuring I got myself ‘right sized’.

I was all of 14 when he declared this just three inches from my face. I was complaining that the tiny provincial northern New Mexican town of Raton was small-minded.

“I’m gonna leave this place and never come back!” I yelled back.

I write this just three years after that parking lot moment. We have now six horses, a donkey, two barn cats, Molly the dog, a gracious hacienda with a workshop space for fifty people on 11 acres adjacent National Forest. And we didn’t get here by writing a check. There was far more grace at play. And belief. And most importantly, the discarding of too-small britches.

And my friend? The relationship couldn’t withstand the tension between my flight and his pessimism. In fact over the last three years I began to notice a natural attrition to my social circle of those who didn’t believe I could pull of my dreams, or who somehow felt threatened by the audacity of them.

Dream denial comes in all kinds of forms, packaged seductively inside facts, rationalizations, statistics, or morality. I would hear things like, “Well, let’s just be realistic here. Banks don’t make business loans to companies with your cash flow.” Or “It’s even more expensive to take care of your own horses than just board them at a stable,” Or said for my own good like “Do you want to have all that responsibility?” and my personal favorite, “Boy………(sigh)…….you sure want to do things in a big way don’t you,” said in a scolding eyebrow-lifted sort of tone.

In 2002 my mother was diagnosed with metastatic cancer that eventually moved to her liver. When she got the news, she said simply one thing to her doctor, “I’m getting on a plane and going to Australia.” At that time I was living there with my two young children. So she got on a plane and headed to Byron Bay. We spent a month together, and did what any mother and daughter would do in the face of cancer. We swam in the ocean; we played on the beach with the children; we walked through rain forests; we saw psychics and healers.

At the end of her visit, we stood together at the entrance of airport security. An overwhelming sense of good came over me.

“Mom,” I said, looking squarely into her eyes, “you are going to be just fine.”

It was not a throw away comment. It was not my leveling ‘positive thinking’ at her. I felt it to be simply true. And I knew I had to tell her.

“That was one of the most powerful moments for me,” she told me just the other day. At 82, she runs circles around me. “You were so sure, and it gave me so much confidence.”

When mom was dealing with her cancer, she surrounded herself only with people who were not duped by the prevailing narrative that she barely had a chance. Make no mistake about it—it’s a dangerous narrative. She wasn’t interested in ‘reality checks’. 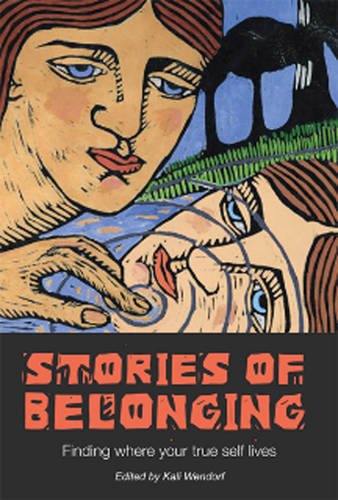 A friend of ours has a wife recently diagnosed with cancer. Given only nine months to live, she collapsed into the realistic arms of her doctor and therapist. Our friend wants to surround his beloved with life affirming support, hoping to hedge the statistical bets. He confronted the therapist when she kept reminding his wife of her timeline. “Sooooo,…how do you feel now that you are at month eight?” she queried one day. He suggested that this kind of question was absurd and unhelpful.

“We need to keep our feet in reality,” she retorted.

So my question here, to this therapist and other finger-wagging realists is who defines this so-called reality?

“Our emotions, attitudes, and thoughts profoundly affect our bodies, sometimes to the degree of life or death. Mind-body effects were recognized to have positive as well as negative impacts on the body. This realization came largely from research on the placebo effect—the beneficial results of suggestion, expectation, and positive thinking,” wrote Larry Dossey in his book Reinventing Medicine: Beyond Mind-Body to a New Era of Healing.

Put in another way, our narrative—personal and cultural—has an impact on what happens.

Jessica was a single professional. She came to EQUUS to explore her ‘true calling’. What emerged, much to her surprise, was a strong desire to start her own family. She told herself this was an impossibility—her relationship was unfulfilling, her friends and family wouldn’t understand or support her desire to be a single mother, and she felt that her ‘time was running out’. It was way too controversial, she thought.

“You are too old,” chimed in some.

“Why put yourself into all that difficulty?” queried well-intentioned others.

Through ongoing coaching she empowered herself to take her destiny in her own hands and say nay to the naysayers. She left her dead-end relationship, surrounded herself with a positive supportive community, and invested in her ‘family creation project’. One year later she is a proud single mother of two beautiful boys.

Rebecca is a highly gifted designer in the New York fashion industry. With decades of exceptional design under her belt, she’s become a respected leader in her field. She knew it was time to strike out and create her own line which includes an innovative business model vision. This is a courageous undertaking. She first had to confront her own inner realists: “I’m not really a business person.” “Who am I to do this?”.

Once she worked past that phase, one of her preliminary steps was to form an advisory board. Upon their first meeting, while discussing capital raising, one board member stepped in with what she called the facts of the industry, ‘You’ll never raise a penny without first selling over a million dollars worth of clothes.’

Rebecca was horrified. And deflated.

‘Sounds like she got to you,’ I said later on a coaching call.

Rebecca picked herself back up and is finding ways to creatively raise revenue outside of statistical norms so that her vision can become a reality. Additionally, she’s garnered support in a myriad of ways in besides financial, creating a robust network within which to forge her new company.

Dream manifesting is serious business….for some it’s surviving cancer, for others it’s starting an innovative company, or raising a family, or writing a book. And when you are bold enough to not only dream, but transform it into a reality, then the very last thing you need in your midst is a reality check.

“Ninety nine percent of the world is convinced they are incapable of achieving great things, so they aim for the mediocre middle-ground,” writes Tim Ferriss. The level of competition is thus fiercest for ‘realistic’ goals, paradoxically making them the most time- and energy-consuming. It is easier to raise $10,000,000 than it is $1,000,000. “If you are insecure, guess what? The rest of the world is too,” he continues. “Do not overestimate the competition and underestimate yourself. You are better than you think.”

You are, in fact, your very own fairy god-mother (or father). You were born as a creative force. And you are creating every day—either deliberately or not. What you focus on expands. What you tell yourself, becomes true. The narrative you believe and surround yourself with, manifests.

How to Play with Your Baby