Sexual Predators, God In The Sky, And The Rape Of Mother Nature

Imagine growing from conception and throughout childhood without being blamed or shamed, punished or rewarded. No corporal punishments, i.e., spanking. No bribes, do this and you will get that. No time outs. No condemning words or threatening looks. Not even comparison. That means winning or losing, grades and hierarchy are off limits too. Oh, you can see which stack of blocks reach taller before falling down, but it is the blocks that have all the attention, not the one stacking. In place of these you experienced open and honest empathy and respect for feelings and needs, your feelings and needs and equally respect and appreciation for the feelings and needs of others, including plants, animals, water and the earth, along with, of course, natural consequences. Fire is, indeed, hot.

The way the early brain, body and developing psyche experiences this trust, empathy and respect is through touch, affection and pleasurable sensations, mother nature, not symbols and not with abstract concepts, like a God in the sky.

What would you be like if that was the environment you were planted in? How would the society and our world be different?

The #MeToo celebration begs the perennial question: why do men stalk, grab, grope, beat, humiliate, rape and demand ‘power over’ females and their bodies? Surely empathy and true intelligence are not the cause. Rather it is the absence of these that fuels the plague. Scorning, revealing and even punishing the predator does little to dissuade. The roots of Donald’s (by his own admission) pussy-grabbing, bragging and subsequent bullying, along with the mean and broken legions like him, were planted deep in the male body and psyche long before. We all know, or should know, this pervasive abuse is not sexual, rather it is an expression of deep inner, embodied rage acted out, using sexuality as a weapon. Why? Because of the implicit intimacy denied.

Sensory deprivation, a form of torture, predisposes the deprived sensory system to be hyper-sensitive to the sensations deprived. When sensory deprivation is inflicted very early and is normalized by the culture, this hunger for and hyper-sensitivity to the denied sensations becomes etched as a near permanent pattern in the developing psyche. We routinely mutilate the most sensate tissues of our male infant penises and have for centuries then make up all sorts of justifications to blind ourselves to the truth. Pleasure is sinful says the disembodied God in the sky. Circumcision (male and female) results in sensory deprivation. Males, contrary to the popular and enabling Patriarchal myth, are biologically and therefore psychologically the weaker sex and therefore are at greater risk of this sensory-deprived etching. (See The Natural Superiority of Women by Ashley Montagu.) The bravo, brute strength and manipulative cunning of the predator mask this broken and maladaptive body, heart and psyche. After all, he was first an innocent victim of a culture that fails to support, value and empower women as nurturing mothers.

In chapter six, No Mercy, in Born for Love: Why Empathy Is Essential–and Endangered, Bruce Perry, MD, PhD, describes Ryan, a young man from an affluent family, who leads the gang rape of a girl with special mental needs. Clearly, being disadvantaged was not the cause, on the contrary. Apparently caring parents were chronically absent. Ryan was raised by a parade of nannies. 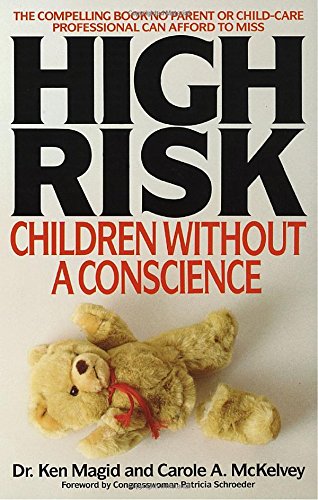 Compared very early to ‘be the best,’ the pressure intensifies year by year; tests, grades, adult organized athletics. What is it that needs to be ‘the best?” Not the body. It is the concept and images we create about ourselves, our ego, our social-psyche. In When the Body Says No: The Stress Disease Connection, Gabor Mate, MD, frames the social-image or ego as a coping pattern created to navigate the perils of a threatening culture. The core insight in this must read book is: the need to cope is so great that creating and maintaining the outer defending image masks and renders unconscious the underlying stress being coped with. Unaddressed, chronic stress weakens the immune system and we get sick. The same is true of Ryan and his parent’s failure to express and therefore cultivate true empathy. Pioneering researcher and gentle birth advocate, Michel Odent, M.D. refers to this as an “impaired capacity to love.” Remember, our social identity is built upon our sensory and emotional systems. Twist these at the beginning and the cognitive images we create of self and others are also twisted. We then live in a twisted reality which is the only reality we have.

Sensory deprivation is normal. Today, roughly eighteen percent of babies are breast fed for twelve months. In 2001 only 2.7% were breastfeeding at 24 months, as recommended by the World Health Organization (Hediger, 2001; Prescott, 2001). The vast majority get plastic and are fed synthetic formulas void of touch, sight, smell, warmth, rocking, cooing, smiling, in a word, empty of loving. The United States ranks last of industrialized nations in mother and family support, so early and extended child care is often not an option. Babies are strapped in carriers, rather than carried in-arms. Toddlers are stowed conveniently in strollers and given an electronic device to ‘play’ with, isolated, no touch, no alive affectionate faces to relate with. A Kaiser study found that children ages 2 to 5 relate with media more than 32 hours a week. Older children spend as much as 11 hours each day consuming commercial digital media. Add it up. The empathic development-literacy score is pretty low with corresponding increases in aggression and violence. High empathy, low aggression and violence. Low empathy, high rates of violence.

Where does empathy come from? Being treated with empathy by others from the very start. That darn Golden Rule again.

In mid-eighties, dealing with an epidemic of very young cruel children, psychologist Ken Magid termed the phrase High Risk: Children Without A Conscious, in the book of the same name. A High Risk child of fifteen in 1985 is a fifty-two-year-old predator today. Trust Bandit is the phrase Ken used to describe the cunning manipulations of High Riskindividuals. Having no empathy themselves they see empathy in others as a weakness to be exploited, and they do. Now, consider the #MeToo claims being levied at any number of politicians, executives and Hollywood producers, all successful predators in a predator prone culture.

In 1981, my friend Pat was training in Los Angeles for the 1984 Olympics. After working out on a usual Tuesday evening, she retired to her Westwood apartment to be awakened by a stranger with a paper bag over his head, yielding a butcher knife. This stranger had been stalking her for weeks. After three hours, I will skip the details, she was able to grab the knife and chase the assailant out of her home. Pat and I had coffee a few days later. This lead to three-year quest involving over fifty rape-crises centers, victims, law enforcement, crime prevention practitioners and forensic psychiatrist, William Vicary, M.D., who handed me a stack of text books on rape and sexual assault. Vicary was then the head of USC’s sexual assault program. After digesting the stack of books, I returned to William’s office and repeated my core question, “why would a man do such a thing?” With a knowing look, the good doctor shared; without exception, the stalking, hardcore predator-rapist was abused and/or severely neglected by the primary source of nurturing in his very young life.

Subsequently I began to see most, if not all, expressions of violence and domestic abuse of women and children as a continuum of severity, with a common cause. Once a social-ego structure is twisted at its roots it demands enormous and conscious effort to untie the knots – with at best compensatory results. With an abundance of empathy at the beginning, and by that I mean the developing child’s needs are seen, respected and met with playful affection and touch, empathy for others is what the child experiences and the social-self forms accordingly. Denied this primal empathic response, communicated through touch and pleasure, the social-self organizes in increasingly defensive, narcissistic and even sadistic ways, a hungry ghost, to use the Buddhist term, that can never be satiated. By the time a predator shows his stuff it is too late. The twisted neural wiring was etched into place long before. All we can do with the “pussy-grabbing” predator is damage control.

Dr. Vicary went on to describe how the need for nurturing, pleasure and affectionate touch was turned against and therefore twisted in the very young male child. He would be punished and shamed for expressing this basic need for true intimacy. As the boy matured his guarded defensive would be there when he reached out and express this honest need. In the same way wild animals don’t trust the twisted psyche of human beings, young girls would shun and reject the boy’s unnatural overtures. Puberty hits this twisted social-system with a vengeance, “like lighting a match over gasoline,” Vicary explained, and there you have the answer.

The intentional twisting of fundamental human capacities, especially in disposable males, is not new. In The Lucifer Principle: A S