Find a variety of features and articles on Postpartum Depression here. Find more resources below.

Postpartum Depression Statistics – Including Insights Not Presented By the US Centers for Disease Control and Prevention, CDC

Reprinted with permission from Postpartum Progress 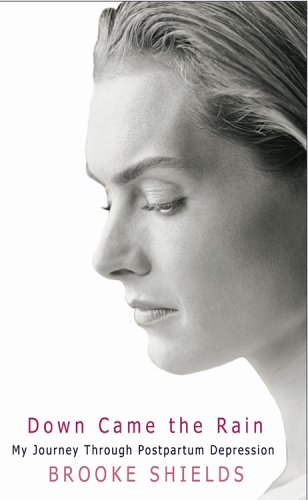 According to the Centers for Disease Control, 11 to 20% of women who give birth each year have postpartum depression symptoms. If you settled on an average of 15% of four million live births in the US annually, this would mean approximately 600,000 women get PPD each year in the United States alone.

In fact, more women will suffer from postpartum depression and related illnesses in a year than the combined number of new cases for men and women of tuberculosis, leukemia, multiple sclerosis, Parkinson’s disease, Alzheimer’s disease, lupus, and epilepsy.

You might be interested to know, however, what’s missing from the CDC’s estimate.  Women who miscarry or whose babies are stillborn are also susceptible to postpartum depression, but the CDC’s report only looks at live births, so if you consider that 15% of the 6 million women who have clinically recognized pregnancies annually will get PPD, that’s 900,000 women each year.

Not only that, but the CDC statistics also are based on the input of women in 17 states who self-reported symptoms of postpartum depression. Given the shame associated with PPD, it’s possible that some women didn’t report symptoms, while others felt that the symptoms described didn’t match their experience given that many women have postpartum anxiety.  Additionally, multiple studies have confirmed that in high-poverty areas the rate of PPD is as high as 25%.

We’d argue it’s likely that approximately 1 million women each year will struggle with a perinatal mood or anxiety disorder. No big deal right?  We know how to treat it. Women know to get help.

Only 15% of women with postpartum depression ever receive professional treatment. This means about 850,000 women each year are not getting the help they need.  Part of the reason for lack of treatment is the fact that many physicians, including obstetricians and pediatricians, do not screen. Another part of the reason is the stigma that exists that either prevents mothers for asking for help or in following through on treatments like therapy or psychiatric medication. Whatever the reason, when women are not treated for PPD, research shows they are less able to bond with their children or care for them properly. They are more likely to medicate themselves with alcohol or drugs. And they may end up with lifelong chronic depression or anxiety.

Yet it’s not just 850,000 women we should be worried about. It’s hundreds of thousands of children who are in harm’s way.  We know postpartum depression affects children’s development and puts them at a higher risk of future psychiatric illness.  In fact, maternal depression during infancy has a bigger impact on a child’s development than later exposure to maternal mental illness (Essex 2001, Moehler 2006).

Postpartum depression is the most common complication of childbirth, putting American families at risk each and every year.

We need to do more. Now.

Mothers are often told that in order to care for their babies they must take care of themselves first, just as we are told on a plane prior to takeoff that we must put our oxygen mask on first before we put one on our child.  When it comes to awareness and services for mothers with postpartum depression, though, there are very few oxygen masks.  When the overhead compartment drops open, they need something more to reach for.

Kindred’s Bookstore Selections for Pregnancy and Birth and Conscious Conception

Postpartum Depression And Anxiety Disorders: An Illness That Robs New Mothers Of Joy

How Other Cultures Prevent Postpartum Depression

Parenting And Depression Study: Fathers Are At Risk, Too

Morality: Seeds Must Be Planted Rightly In Early Life

Inhuman Treatment Of Others Is A Thought Away