Read Part Two in this series: Should We Be Worried That Underdeveloped Males Run The World?
Attachment Parenting / BondingChild developmentConscious Parenting

This post is part two of a three part series:

“Boys will be boys” is passed between adults when they throw up their hands and give up on socializing males. It turns out that male misconduct is a signature of undercare for male babies, as noted in the previous blog, Be Worried about Boys, Especially Baby Boys.

Males are more susceptible to early stress, resulting in higher rates of developmental disorders like autism, ADHD, early schizophrenia, and conduct disorders. As indicated by Allan Schore in his review, these are signals of early development gone awry. But they are mostly social disorders that end up harming everyone else. In fact, early undercare negatively influences capacities for ethics and morality. I have written about this in many publications, including my 2014 book, Neurobiology and the Development of Human Morality: Evolution, Culture and Wisdom. 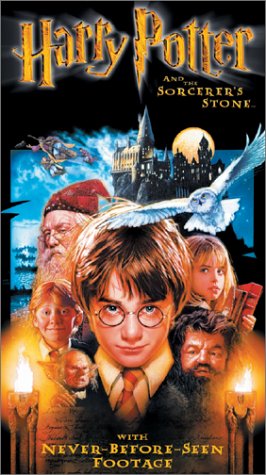 Unfortunately, we have come to expect a good number of adult males to be egoistic, aggressive and/or reactive (even when this is not the case in other cultures). But it turns out the causes may not be genetic but epigenetic—effects of experience on how genes are expressed and the very “plastic” young brain is shaped.

Similarly, moral flourishing looks similar across individuals as a form of dynamic, high-minded, self-controlled, flexible selfless sociality with resilience (e.g., making amends) when setbacks occur. Harry Potter is a fictional exemplar of these capacities. Nelson Mandela exemplifies a real person who characterized this type of moral resilience. For example, he was able to move past his anger and forgive his enemies while continuing to work for justice in his country of South Africa.

In contrast, as with unhappy families, there are multiple ways for individual moral development to “go wrong” (which perhaps makes them more interesting and more available as characters). There are individuals who are habitually low-minded (Al Bundy in Married with Children), un-self-regulated (Homer Simpson from The Simpsons), rigid in social relations (Archie Bunker from All in the Family), ruthless in treatment of others for his own ends (Francis Underwood of House of Cards), unable to take perspectives of others (Sheldon Cooper from The Big Bang Theory), or unable to forgive (George Costanza from Seinfeld).

Why is it so easy to find disordered male characters? As noted in the previous post Be Worried about Boys, Especially Baby Boys, boys are more vulnerable to neuropsychiatric disorders that appear developmentally such as autism, early onset schizophrenia, ADHD, and conduct disorders (Schore, 2017). This may be the reason that boys make for more interesting characters in fiction. 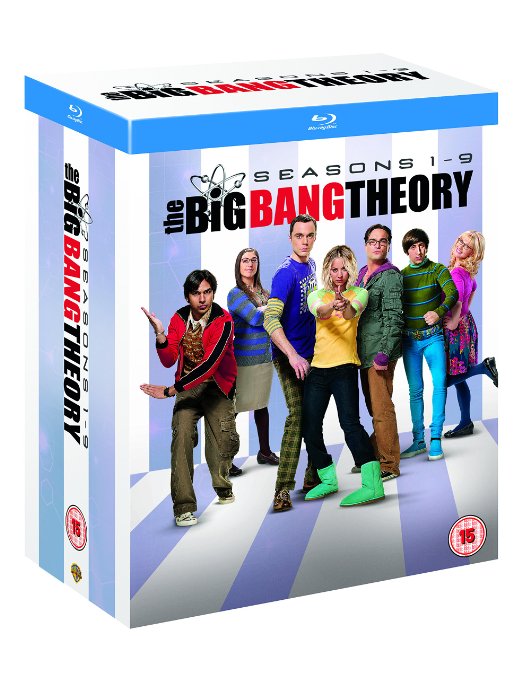 We will focus on two fictional characters, Sheldon Cooper from “The Big Bang Theory” and Francis Underwood from “House of Cards.”

Sheldon Cooper has been told rules for life by his mother and others, and has committed many to memory, but they do not match up with his own anti or non-social intuitions and reactions. Francis Underwood is not as autistic (socially awkward in perception, sensitivity and behavior) but he has similar antisocial attitudes. Both do not care much about other people, except instrumentally, using them to help get what they want.

What happened? It looks like when they were babies they were smart enough as a baby to “go into their heads” when needs were not met, as a defense against trauma (Winnicott, 1965). Like those with avoidant attachment, they took an intellectual route to social development. At the same time the development of their emotional intelligence was thwarted, all during sensitive periods of brain development.

Both Sheldon and Francis show how a person can learn rules from explicit instruction that don’t match up with implicit (subconscious) understandings of the world. While such a person may comply with others’ moral values when necessary, he has not internalized the values—does not internally believe, understand or know them. So then, what kinds of morality are Sheldon and Francis exhibiting? Morality based in enhanced survival systems.

All of us are born with survival systems to keep us alive. They include the emotion systems located in the extrapyramidal action nervous system: fear, anger, panic/grief, and basic lust—all well mapped in mammalian brains and integrated with the stress response (Panksepp, 1998).

When toxic stress takes place in early childhood, the survival systems are kept active, undermining capacities for sociality which are otherwise scheduled to develop at that time (Narvaez, 2014). Survival systems kick in under stress and promote such things as territoriality, imitation, deception, struggles for power, maintenance of routine and following precedent (MacLean, 1990).

When survival systems take over the mind, they change perception of what seems good in the moment. If they trump other values and guide behavior, we can call them a self-protectionist ethic (Narvaez, 2008, 2014, 2016). Self-protectionism becomes apparent as a mindset when individuals hold themselves apart from others, unable to relationally attune as an equal to others, just what we see in Sheldon and Francis.

Recent real-life examples of this mindset include the bankers and mortgage brokers who caused the 2008 USA financial crash (illustrated in The Big Short by Michael Lewis). More everyday examples are found in our fictional characters like Homer Simpson who regularly causes disasters for others by not thinking through possible consequences of his actions. 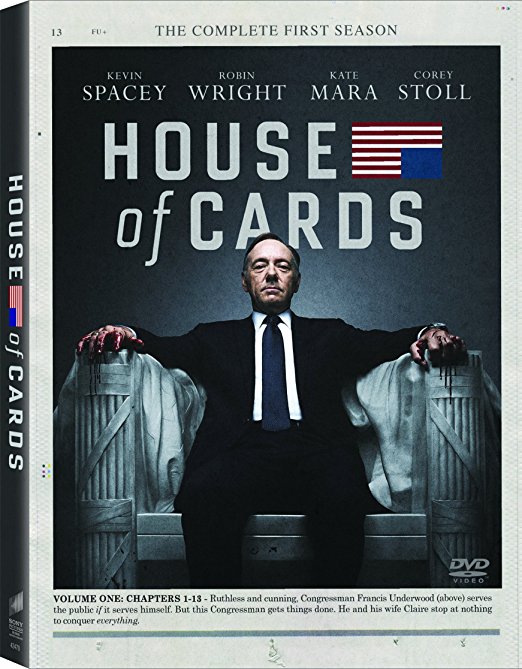 We can note other examples. Crake in the novel, Oryx and Crake, by Margaret Atwood, exemplifies viciousness as he secretly develops both a new life form to inhabit the earth while at the same time a way to kill off humanity with a pill containing a virus with a delayed effect. But less extreme cases are found in everyday life with characters like George Costanza as he seeks to take revenge on those who he thinks slighted him.

These types of protectionist ethics indicate a hierarchical mindset (dominance or submission) to which survival systems are oriented to promote self-safety. When the stress response is active, blood flow shifts towards mobilization for safety and away from capacities for openness. The shift can occur by situation and can happen so quickly that it is not apparent to the individual (Narvaez, 2014).

Someone can shift into aggression under particular circumstances, as when George Constanza (of the Jerry Seinfeld Show) pushed everyone at a daycare out of the way to escape when he thought there was a fire in the building. Individuals can dispositionally favor aggressing or withdrawing, or shift between them opportunistically like George does.

But you might argue that it is normal for mothers to be unresponsive and foster the types of disorders the data show are more common in boys (autism, conduct disorder, schizophrenia, ADHD). To believe this is contrary to billions of years of evolution where disordered individuals just don’t make it—a poorly developed individual is not going to have descendants over the long term that can outcompete the well developed rivals. And this view is contrary to human evolution according to Darwin. We take these things up in the next post.

We now face a world full of males who have been undercared for. Look around at the leadership in fields like business or politics and you can see many self-centered males (perhaps more or less extreme than Sheldon or Francis). Sociologist Charles Derber contends that to get ahead in the USA you have to be sociopathic.

People with self-protectionist ethics represent a danger to the rest of us because they lack the evolved “moral sense,” which we discuss in the next post.

Dangers of “Crying it Out”

Do We Need Declaration for the Rights of the Baby?

Believing “Children Are Resilient” May Be A Fantasy

WHEN I WRITE ABOUT HUMAN NATURE, I use the 99% of human genus history as a baseline. That is the context of small-band hunter-gatherers. These are “immediate-return” societies with few possessions who migrate and forage. They have no hierarchy or coercion and value generosity and sharing. They exhibit both high autonomy and high commitment to the group. They have high social wellbeing. See comparison between dominant Western culture and this evolved heritage in my article (you can download from my website):

Narvaez, D. (2013). The 99 Percent—Development and socialization within an evolutionary context: Growing up to become “A good and useful human being.” In D. Fry (Ed.), War, Peace and Human Nature: The convergence of Evolutionary and Cultural Views (pp. 643-672). New York: Oxford University Press.

WHEN I WRITE ABOUT PARENTING, I assume the importance of the evolved nest, the evolved developmental niche (EDN) for raising human infants (which initially arose over 30 million years ago with the emergence of the social mammals and has been slightly altered among human groups based on anthropological research).

All EDN characteristics are linked to health in mammalian and human studies (for reviews, see Narvaez, Panksepp, Schore & Gleason, 2013; Narvaez, Valentino, Fuentes, McKenna & Gray, 2014; Narvaez, 2014) Thus, shifts away from the EDN baseline are risky and must be supported with longitudinal data looking at multiple aspects of psychosocial and neurobiological wellbeing in children and adults. My comments and posts stem from these basic assumptions.

My research laboratory has documented the importance of the EDN for child wellbeing and moral development with more papers in the works (see my Website to download papers):

We also have a paper in press showing the relation of the EDN to adult wellbeing, sociality and morality.

We also have a recent paper look at adult effects:

See these for theoretical reviews:

Neurobiology and the Development of Human Morality (W.W. Norton)

Why Worry About Undercared for Males? Messed up Morals!

The Art Of Parenting: Learning To Live At The Edge Of The Unknown

What is a Flying Lead Change?