Bing Bong has made it safe for children to enjoy their imaginary friends.

That’s a worry that parents have carried for a long time. You can find anxious articles all over the web. “Is it normal for my toddler to have an imaginary friend?” “Are invisible friends a sign of social problems?” “Should parents be worried about imaginary friends?” Bing Bong reassures adults that the answer is: “Yes! Stop worrying and start celebrating the creativity of your child’s mind.” 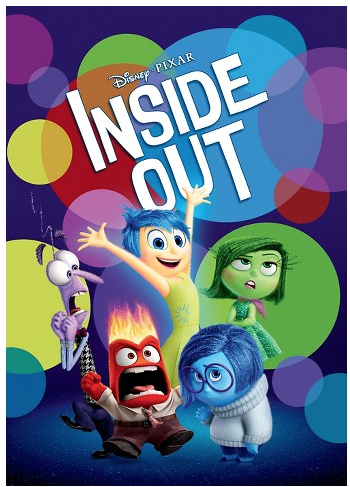 If you find yourself asking ‘Who in heaven’s name is Bing Bong?’ then you are one of the few people left in the Western Hemisphere who has yet to see Pixar’s award-winning animated film Inside Out. It has already won a Golden Globe, a BAFTA and now an Oscar. If you’ve missed all the fun and the tears, can I suggest you take 90 minutes out of your daily life to remedy this gap in your life? This film is, by my reckoning, one of the most insightful films ever made on human emotions. The viewer may never realise they are getting a scientific lesson in attachment, brain function and trauma. They think they are watching an entertaining cartoon.

I have been talking and writing about this film since it was released in Summer 2015. Tons of parents have now written to say they found in it a shared language for talking with their children about feelings. Foster and kinship carers have been in touch to share stores of how the character dolls helped their traumatised children make sense of confused emotions. Staff teams have scheduled a night out together to go see it. One nursery chain – Kirktonholme Nurseries, in Scotland’s central belt – thought it so valuable that they hired a theatre and took 200 of their children to see it. They even got their local paper to do a story on the science behind their outing!

All of that activity has tended to focus on the five characters — Joy, Sadness, Fear, Disgust and Anger – who live in the head of the central figure, 11-year-old Riley. The character who has had less attention than anyone else is Riley’s imaginary friend from childhood, Bing Bong. Part cat, part elephant, part dolphin, Bing Bong once rode with Riley on their song-powered rocket ship (better known to adults as a wee red wagon). Now, though, Bing Bong lives forgotten in Riley’s subconscious long-term memory. And (SPOILER ALERT!), before the movie is over, Bing Bong will sacrifice himself to the eternal abyss of the Memory Dump, in order to help Joy find her way back to headquarters in Riley’s brain.

Pixar’s message in Bing Bong’s death is very clear. In order to keep growing up, Riley will need Joy more than she will need an invisible friend. Bing Bong accepts his heart-breaking fate with a final wrenching request: “Go save Riley. Take her to the moon for me.” With those two short sentences, Pixar is aiming to crack open adult viewers’ protective shells. Pixar is bringing us face to face with the loss that is an inherent part of growing up.

Bing Bong’s death scene has been dubbed the most profound moment of the film. It embodies the bittersweet quality of other chronicles of growing up, such as the 1960s hit song Puff the Magic Dragon (by the group Peter Paul and Mary) or the scene from Toy Story when Andy gives away his toys. Calvin and Hobbes, the comic strip adventures of a child and his stuffed tiger, never have to face such a poignant turn because Calvin never grows up. If you are going to move beyond childhood, you must learn to endure loss.

It is striking how tough such an in-your-face message is for adults. Bing Bong’s death scene was originally supposed to be 40 seconds longer. That proved way too heart wrenching. Viewers couldn’t take it. So Pixar cut it down.

Inside Out is ultimately a story about the power of sadness. Its moral is that growth and loss come together, hand in hand. One doesn’t exist without the other. On a first viewing of the film, it is easy to come away thinking that message is conveyed by the two lead characters, Joy and Sadness.

But look closer, and it becomes clear the story is deeper than that. It is Bing Bong who makes sure we really really really get that message. Pixar has ensured we aren’t merely watching a story about sadness. Instead, they make us experience sadness. They lead us into loving bumbling Bing Bong before we are subjected to his unexpected but inevitable demise.

So is Bing Bong just a metaphor? Is he simply a vehicle that allows Pixar to tell a story about the wistful journey that is growing up? How much resemblance does he bear to children’s real imaginary friends?

We can turn to the science to answer that question. That’s a surprising turn for many people, because they have no idea that scientific interest in invisible friends exists. Yet there have been several books published on the subject. The classic is The House of Make-Believe, by Dorothy and Jerome Singer, published in 1990. A decade later, in 1999, Majorie Taylor published her own fascinating account in Imaginary Companions and the Children Who Create Them. Paul Harris, too, provides delightful insights in his book The Work of the Imagination, published in 2000.

What does that research tell us? We learn three key things: 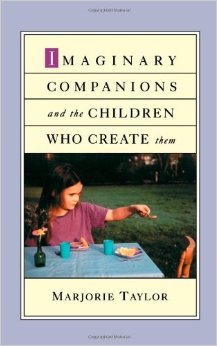 Imaginary companions are healthy. It is not shy, lonely children who create companions as a way of coping with emotional troubles. In fact, the reverse is true. Research shows that children who create pretend friends tend to be sociable and outgoing. And while companions can help in times of trouble, the main motivation for inventing a friend is fun. So Riley turns out to be pretty typical of children with imaginary friends.

Imaginary friends allow children to try out new perspectives. You can discover what its like to be brave if you have a pretend friend walking with you past a scary dog. You can figure out how to deal with bossy friends if your imaginary companion is forever disobeying your requests. Interactions with imaginary friends give children practice with situations that they will encounter in real life. Perhaps that is why they are so common. Research estimates that 65% of children have an imaginary friend at some point.

Children with imaginary friends are not confused about reality. Interviews with children make it clear that, even if they get very caught up in the fun, children know that imaginary companions are not real. They have not misunderstood the borders of fantasy. Instead, scientists have concluded, the existence of a pretend friend indicates that a child has a pretty good grip on the boundaries of reality.

So when children invent imaginary friends, they are, as Marjorie Taylor puts it, “engaging in a basic human urge” (p. 48). They are discovering what companionship is like. That urge for connection is one that all human beings bring with them at birth, woven into their neural pathways.

In the creation of Bing Bong, Pixar has been brutally deceptive to its adult viewers. They have used animation, a classic children’s form, to confront us the loss of our own childhood. The director, Pete Docter, christens Bing Bong ‘the spirit of childhood’ – while still killing him off. It is not easy for most of us to come to terms with the inevitability of loss in our lives. How do you acknowledge that and still reach for happiness?

That philosophical question explains why Bing Bong had to die in the story. Joy may have learned lessons about the power of sadness. But it is Bing Bong who puts those lessons into practice. It is Bing Bong who shows us what it truly means to embrace sadness with grace.

This is how Pixar describes their decision to play the story out in that way:

“We need to find our characters at their most challenged: ‘What’s the most difficult thing you have to face in life?’ We’re going to go there. And it’s heartbreaking.”

What I love about this movie is that it isn’t just a movie. It’s more like a tool that can help the rest of us figure out how to bumble our way through this journey called Life.

And given the correspondence I now receive, it seems that tool is working for lots of folk. One more example can be found in a New Year’s Eve piece by a young blogger named Joshua Huggins, posted just after he’d seen Inside Out:

“It’s almost New Year. Every year I post a sappy photo about how I’m going to turn this year around and make myself happy. I seem to be failing in a lot of ways. So this year my resolution is the opposite. I’m going to take the sad and miserable parts of my life and explore them in a way I’ve always been afraid to do…I’m a bit excited. My New Year’s resolution is to be sad.”

Joshua Huggins is wise. We’d all be better off if we could learn the lesson in Bing Bong’s sacrifice for Riley. In order to know growth, we have to find the courage to embrace loss.

Along the way, there really is fun and joy to be had. As our children know, that’s the real point of having a companion in the first place, whether real or imaginary.

Is The Conscious Parenting Movement Also The Child Liberation Movement? With Robin Grille In NYC

March Is Birth Psychology Month – The What, The Why, The How