What if we created a wildlife corridor that stretched around the world, beginning in our own backyards?

As I wrote in this space a few years ago, every December, my wife, Kathy, delivers small gifts to the neighbors on our block, usually a jar of homemade jam or a little vase of dried flowers, or something like that. Then she came up with an idea for a different kind of gift.

She announced it as we were working on our yard. “This year,” she said, “I could give seeds or little starts of butterfly-attracting plants, suggest they plant them, and then our neighborhood could become a butterfly zone!”

That’s a terrific idea, I thought. And, as I discovered later, it would be one way to build what Doug Tallamy suggests: a Homegrown National Park. Or something even bigger.

Our goal was to revive our struggling yard by planting part of it with species native to the San Diego bioregion, supporting native birds, butterflies and bees (especially the California species; honeybees are, in fact, not native) and other insects essential to pollination and migration routes. These, in turn, nurture and grow wild populations of animals and plants. 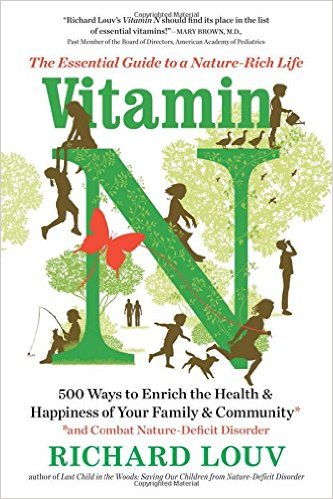 Tallamy, chair of the Department of Entomology and Wildlife Ecology at the University of Delaware and author of “Bringing Nature Home,” makes the case that everyday gardeners are the key to reviving urban biodiversity – maybe global biodiversity. He argues convincingly that it “is now in the power of individual gardeners to do something that we all dream of doing: to ‘make a difference.’ In this case, the ‘difference’ will be to the future of biodiversity, to the native plants and animals of North America and the ecosystems that sustain them.”

He’s not only referring to our gardens, but to our yards — a massive replacement of traditional lawns with attractive and productive native species. But where to start? What plants to plant?

For guidance, I searched the free-range contents of my office for Tallamy’s book, and of course couldn’t find it. Researching native species on the Internet, I quickly became frustrated. So I wrote Doug this email plea: “If you were to pick three to five native Southern California plants that would nurture more critters and insects in a backyard in San Diego, what would they be?”

“You would think that would be an easy question,” he answered. But it’s not. He knows the answer for the mid-Atlantic states because he and an assistant spent two years creating a database for that region, but then his research money dried up. Someone should remedy that. If we’re going to get serious about applying the Nature Principle to our yards, then someone needs to create a national (no, make that international) database, so that anyone can plug in their ZIP code and find out about the best native species, and how to plant and nurture them. Maybe conservation groups and native plant nurseries – and there seem to be more of them these days – could collectively foot the bill.

In any case, I kept plugging, and eventually found Las Pilitas Nursery, a native plant nursery about 30 miles from our home. Its website offered a list of the San Diego region’s native species and fulsome information on the ins and outs of planting and maintaining native species. The information is out there, at least in places with good native plants nurseries.

If we want to build biodiversity, however, that information should be readily available to everyone, and part of a larger campaign to create, say, a Homegrown National Park made up of tens of thousands of miles of backyards that would serve as a new kind of wildlife corridor.

That’s what Tallamy would like to see happen. “The single most effective thing we can do is build biological corridors that connect isolated habitat fragments,” Tallamy wrote in his email. “That will take the collective effort of all the landowners in between any two fragments. At the level of the individual, if each person manages his or her property as a living entity instead of an ornament, we would be there.”

The suburbs have more lawns, but the goal could be pursued in urban neighborhoods, too, through portions of community gardens and public parks, window boxes and rooftop gardens, schoolyards and churchyards.

We wouldn’t have to wait for a massive revival of biodiversity to see some benefits. “People could connect with nature at home, every time they looked out their window or got the mail,” Tallamy wrote. “Each little connection with nature is restorative and rejuvenating, but it’s best if it happens a hundred times each day.”

To illustrate the benefits his family receives, he attached a photo. “Here’s what my wife and I saw when we looked out at our garden fence yesterday.” In the photo of his lush property, wild turkeys perched on a backyard fence.

So Kathy and I headed off to the native plant nursery and came home with more plants than we could plant in a weekend.

I should add here that I’ve never been all that attracted to gardening. But the act of creating a backyard wildlife habitat (as the National Wildlife Federation and Audubon have suggested for years) does capture my imagination, especially if our yard is part of a new nature movement that not only conserves but “creates” nature.

Maybe even a Homegrown National Park.

Or a Worldwide Homegrown Park….

In the years since I first wrote this piece, I’ve been promoting Doug Tallamy’s notion around North America. Don’t wait for government. Just do it. In Canada, the David Suzuki Foundation took up the challenge. But in recent months, I’ve come to believe we need to think beyond nations.

From New Zealand to China to Australia, and this week in Denmark and the UK, I’ve been arguing for the creation of a Worldwide Homegrown Park. Such a park could be created by millions of children, teen-agers, octogenarians; families, schools, places of worship; cities, towns, even nations.  A Worldwide Homegrown Park would not only revive native species, it would defy the nativism that divides us.

Schools around the world could share their progress via the Internet, trade notes face-to-face on Skype, post videos of returning butterflies and birds, and broadcast the beauty they’ve helped create. By placing a pin on a virtual globe, they could declare their piece of the park, and watch as thousands of other pins appear.

If children, in particular, were part of something that large, think of the power they would feel — to replant lost life, to protect or even revive biodiversity, to spread hope, one yard at a time. Why not?

March Is Birth Psychology Month – The What, The Why, The How