Conscious ParentingLetters from the Editor

Why Conscious Parenting In A Mad World?

From The March 2015 E-newsletter 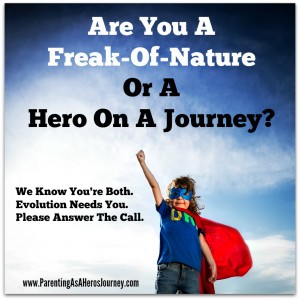 Just to be clear, the world hasn’t gone mad, the world has always been mad. It just happens to be now, during your and my lifetimes, that institutional and cultural madness is becoming more visible and impossible to ignore.  Some say this madness is a deep wound, long overdue for healing in the human psyche, now opening to the light.

Notice that some headlines at Kindred reflect this Old Story madness as it is directed toward children and parents: vaccine exemptions in the US are under attack as Big Pharma slinks closer to bar-coding you and your children’s bodies; the US’ next presidential candidate declares the grossly ignorant belief that “the science is in” on vaccines on Twitter; a court orders a 4 year-old to be circumcised; the Pope says “okay” to breastfeed andsmack your child; pregnant women ask a court to defend their constitutional rights during labor; and an investigative reporter reveals in a TED talk how corporations are spending billions “astroturfing,” creating fake grassroots messages in social media outlets with professional trolls to frighten parents away from questioning the madness and taking action.

Other Kindred headlines show how a life-affirming New Story of Childhood, Parenthood and the Human Family is being pioneered by parents, celebrities, activists, professionals and researchers who are wising up to the scare tactics of corporate media and the silencing power of cultural taboos: the NVIC Advocacy Portal helps US parents stay informed on vaccine law changes in their states; grassroots mothers passed a public breastfeeding law in one of three states without protection; black breastfeeding mothers are using Black History Monthto share their unique challenges in micro-documentaries; a YouTube celebrity tells his generation circumcision is old school insanity; andan international fellowship of conscious parenting guides are poised to help us cast off the Old Story by following an ancient Call to Adventure through Parenting As A Hero’s Journey: Unmasking Modern, Uber Parent Mythology Virtual Retreats.

Here’s a litmus test for you to consider where you stand in the space we all occupy between the Old and New Stories: Do you think of yourself as an ostracized weirdo or a hero on a journey?  The Old Story, with its demands for cultural conformity, wants you to believe you are mad – and in great peril – for questioning it. While the New Story is still unfolding, your impulse to question and abandon the “known” world for an uncharted world can be viewed as an ancient Call to Adventure, the first step on an epic Hero’s Journey, one whose life-sustaining treasures are practical, conscious living superpowers.

Of course we feel like weirdos when we betray our hearts and try to conform to a disintegrating Old Story.  But here’s a secret: Evolution Could Not Happen Without The Freaks-Of-Nature Leading The Way.

This year we invite you to proudly hoist your freak flag and meet us over at the Parenting As A Hero’s Journey website where we are headed for experiential explorations of the New Story in LIVE Virtual Retreats.  Please meet your guides below.

As Joseph Campbell, author of The Hero of a Thousand Faces and creator of The Hero’s Journey monomyth wheel (see our own below) said,  “We must be willing to let go of the life we planned so as to have the life that is waiting for us.”  How about we let go of Old Story mythology, take command of our own narratives and model a New Story for our children?

We are always on an epic adventure with our readers and contributors at Kindred, but this year, we look forward to the experience of bringing that adventure to life, changing the narrative of our lives and becoming the heroes of our own stories.  I look forward to meeting you there.