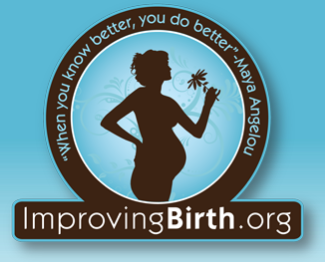 The organizations listed below represent tens of thousands of women in New York and across the United States with overwhelming interest in the outcome of Rinat Drayvs. Staten Island University Hospital, et al. On their behalf, we have submitted legal briefs as “friends of the court” (amici curiae) in full support of Ms. Dray and her right to medical decision-making, including refusal of surgery. With Ms. Dray’s case hangs in the balance rights that are in dire need of legal enforcement. Read the Joint Statement:

New York—A New York hospital has claimed that it has the right to make decisions for its pregnant patients.  It said in papers filed last week that women are not entitled to due process in childbirth, asserting that if doctors call an “emergency,” a court order is not needed for a doctor to force a woman to have surgery.

The claim was made in a motion to block amicus curiae (“friend of the court”) briefs submitted by consumer organizations Improving Birth, International Cesarean Awareness Network, and others in support of New York mother Rinat Dray, who filed a lawsuit after being forced into a third Cesarean section at a Long Island hospital in 2011. Ms. Dray had planned a vaginal birth after Cesarean with the support of her own doctor, but he was not present when she went into labor.  Instead, the on-call doctors sought and received permission from the hospital’s own legal department to “override” her decision to give birth vaginally, even while noting “the woman has decisional capacity.”  Ms. Dray was restrained and taken by force into the operating room, where doctors extricated her baby by surgery (more detail here).

“Obstetric violence like what Ms. Dray experienced is widespread and accepted in United States maternity care,” said Cristen Pascucci, vice president of Improving Birth.  “We hear from women on a daily basis that they are pushed into risky, unwanted interventions in childbirth.  Especially in light of the well-documented dysfunctions in American maternity care, we look to the court to clarify that women, not hospitals with profit motives, hold the rights over their bodies in birth.”

In the United States, all people have the right to informed consent and refusal in their medical care, rooted in constitutional rights to autonomy and bodily integrity.  The right to refuse treatment, especially, is strongly upheld by U.S. courts, human rights law, andethical guidelines for obstetricians.  Unfortunately, as advocates have long observed, these rights are routinely violated in maternity care (see “Caught on Video: Improving Birth Breaks the Silence on Abuse of Women in Maternity Care“).

Improving Birth and International Cesarean Awareness Network joined the Birth Rights Bar Association, Choices in Childbirth, and Henci Goer on two amicus curiae briefs filed by Human Rights in Childbirth (HRiC) and the National Advocates for Pregnant Women(NAPW).  The HRiC brief “Women’s Voices: Informed Consent and Refusal” includes 42 stories from U.S. women recounting personal experiences with nonconsented and forced interventions in childbirth (brief and stories here).  The NAPW Brief in Support of Liberty, Equality, and Dignity in Birth can be accessed in full here.  The court will decide whether to admit the briefs at a January 27 hearing.

Improving Birth is the largest national consumer advocacy group for better maternity care.  Our mission is to bring respectful, evidence-based care to childbirth in the U.S.

Ten Easy Ways To Build Capacity For A Passionate Life

Why I Laughed When My Son Flunked His Midterm

Children Who Live In Peace, Learn To Create Peace

How Do Children Impacted By Wildfires Recover? A Resilient…

Breaking the Cycle: The Grassroots History And Award-Winning Science…

What Happened To You? A Book Review