BLOODFUN – When Violence Is Entertainment

This game won its fame for being technologically and creatively brilliant, bringing the gory detail of human sadism to new heights, and treating female subjects like sex-toys and garbage.

Victory? Mmm. Not sure.

Its not just the game. You should have seen what followed it. News of the success of this petition brought forth a flood of outraged young gamers, almost all – but not all!! – young men. Make no mistake, petitioners, you have pissed these guys off, big time. Their comments sound like this: ‘Everyone who signed this disgusts me’, ‘You idiots need an education’, ‘Sad pathetic losers who cannot grasp the concept of reality and fiction’. The gamers had Mummy take their toys away – and they are angrier than the women protesting the gamification of rape.

Look around. The GTA5 debate has brought the love of interactive rape-and-smash fantasy out into the open, it is EVERYWHERE, and it is PASSIONATE. I still haven’t recovered. Its not the shock of seeing what was in GTA5. It was the shock of seeing the fervent devotion that legions of young fans will give it, they fight for the right to stay hooked to this machine, they will attack you for threatening their pleasure. Wow!

It’s just a game, they say. Its just fantasy, they say. So…..guys, take a big look at what your fantasies are. What is your attraction to that kind of fantasy? If you give half a damn about yourselves, then be curious about WHY you get excited by bloodfun, smashing bone, rape. C’mon! Why is that such a turn on for you? And, by the way, you know full well you are not alone with your lust for onscreen splatter and humiliation.

Two-thousand years ago, as a Roman dad, you take the wife and kids, along with tens of thousands of other punters, down to the Coliseum to watch live children being ripped apart by hyenas, or gladiator-slaves hacking each others’ body parts. You cheer together, eat Roman popcorn and enjoy the sunshine. Sunday fun.

A few hundred years ago, as a European dad, anywhere in Europe, you take the kids down to the public square to watch live cats or dogs being held over flames, to go woo-hoo at the flogging of humans in bondage and at group hangings, like housewives at Oprah. In the mosh pit, the men had hard-ons. The women hooted, laughed and clapped. Part of the shared joy was in hurling insults and rotten veggies at the bound prisoners; the receptacles of the townsfolk’s self-loathing. Sunday fun.

Today, we call it ‘torture’. For most of human recorded history, we called it ‘entertainment’. I thought this was progress. I’m discovering just how many people revile this as ‘political correctness’. We are more delicate now. We try to disinfect by distancing, making reality seem less real. We manufacture the humans we want to run down with our vans. Its exciting, isn’t it?

And so, here am I, like most of us, up until a few years ago soaking up Schwarzenegger face-punching movies with a bowl of chips. Loving it when the guy I have been manipulated into hating gets his arse kicked hard at the end. Air-punching, I feel the momentary release course through my veins. If I can’t have my revenge on all those who have hurt and humiliated me, then the fantasy of vicarious revenge will have to do. God, it feels good, doesn’t it? For a second, my pain has gone. Until the next movie.

And so, we have demonstrated the power of togetherness, the power of consumers, to change the marketplace, to disable those who profit from our children’s desperate unresolved rage. Remember that. Consumers are the new government, and with this newfound power we can even stop climate change. But don’t think we have done anything to ease the lust for revenge-entertainment. Our people are hurt, in despair, and they don’t know it.

Personally, I am not worried about the fact that so many of us are attracted to onscreen violence. What frightens the hell out of me is that almost everyone treats this as normal. Like: ‘Don’t give it another thought’ ‘ It’s just kids being kids’ ‘ It’s not reality’ ‘ They are just playing’ On and on go the petty rationalizations. I’m not frightened of violence, as much as I am terrified of naivety, denial. Stupidity, actually.

It’s time. It is time to face up to why so many need to gain pleasure and release from virtual bashings. We should also ask why so many people can enjoy the spills and thrills and wow factor, without any visceral disgust for the repeated offers to commit onscreen sadism.

Detachment. Someone has pulled the plug on human empathy. Revenge. Both.

Not one iota of this broiling anger and anesthetized humanity has changed because we managed to restrain two big salivating retailers.

By profiting and exploiting the most wounded aspects of the human condition, the makers of GTA5 – and of the massive list of bloodfun games that share the shelves – are certainly making things worse for everyone. But the game makers and sellers are definitely not the root of the problem. To blame the writers rings as hollow as blaming heavy metal music for school shootings in America. Every deflection postpones a real solution, and in the end, might cost lives.

It takes a lot of courage to ask that kind of question, to seek that kind of honesty. Do we have the guts to ask it of ourselves? Who stomped on us? Why do we get this thrill from turning the tables, and becoming the stompers onscreen? Our compulsive behaviors and our fantasy-lives give vital clues about our personal histories. Something inside wants and needs healing, release. Blowing it off with a movie or game is only momentary relief, a rush…but it kicks the can down the road and does not serve us at all in the end.

I’m glad K-Mart and Target were swayed (though it was for profit, not for love). But if all that was achieved was a market ban, then none of this problem has shifted, not one bit. The hurt is still there, the anger continues under the surface. The ban did not heal, it created resentment.

For sure, parenting and education have evolved over the decades and centuries, quite a lot. But we still shame and humiliate, we still punish and manipulate. We neglect children’s emotional needs wholesale. We block their aspirations. We enculturate them. They are angry. We better listen. 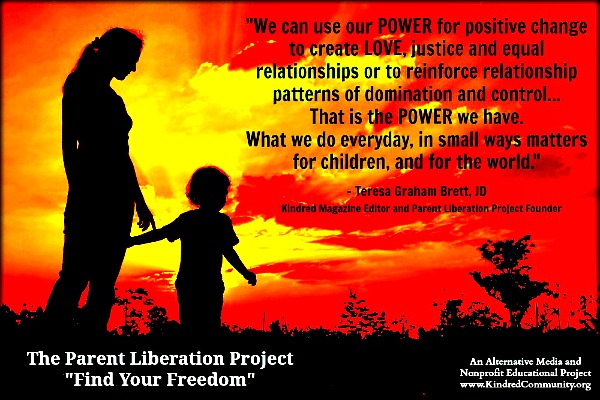 Robin Grille
ABOUT  ROBIN GRILLE
Robin Grille is a father, psychologist in private practice and a parenting educator. His articles on parenting and child development have been widely published and translated in Australia and around the world. Robin's internationally acclaimed first book 'Parenting for a Peaceful World' has been translated into Chinese.  His second book, 'Heart to Heart Parenting' is available in an updated USA edition, as well as in German and Korean. HIs newest book is: 'Inner Child Journeys - how our children grow us up'.
Robin's experiential, skills-based and informational parenting courses have helped many people to embrace parenting as a transformative, personal growth journey. Drawing from 28 years' clinical experience and from leading-edge neuropsychological research, Robin's seminars and courses focus on healthy emotional development for children as well as parents; while building supportive, co-operative parenting communities. Having delivered his popular workshops around Australia, in USA, UK, Canada, Indonesia, New Zealand and Hong Kong, Robin's work is animated by his belief that humanity's future is largely dependent on the way we collectively relate to our children.
To find out more about Robin Grille's work, his books, articles and seminars visit:  www.robingrille.com
Discover Robin's books:
Parenting for a Peaceful World