Student Debt And Regret On The Path To Sustainable Living

On June 18th, 1999, while on a camping trip, Bob and I were hiking through Asticou Terraces on Northeast Harbor in Maine. We’d had a series of thunder and lightning storms, but on that afternoon, the clouds finally parted and rays of sunlight dappled golden splashes along the forest floor. We came to a resting point along the trail, where a break in the trees granted us a view over the harbor. We sat down and drank in the sight.

“I-I really love you,” he stammered after a few minutes of silence. “And I feel as though, together, we could build a really nice life.” I smiled at him. “Do you feel that way?” His brown eyes looked at me imploringly. “ —That we could make a really nice life together?” My eyes began to grow wet as I realized the weight of his words.

He got down on one knee and pulled a little box out of his pocket. “Will you marry me?”

I nodded and stammered something like “yes,” tears spilling down my cheeks as I desperately tried to get him back off his knees, hoping no one would come along and see him.

We went home a few days later and announced our engagement. I don’t think my parents ever doubted that this would be the outcome of our three year courtship, and when we told them our news, they promptly made an offer for us build a house on the farm, where they knew my heart was.

We turned them down. We didn’t want to carve up the farm, we told them. We didn’t want to cause a rift in family relationships. But most of all, we carried the belief, inculcated through the broader American culture, that in order to be successful members of society, we were supposed to be independent from our family. And in 1999, that meant owning our own house, our own piece of land, our own mortgage. In October of that year, we closed on our house and took on our mortgage.

It was our first big mistake.

While Bob is happy to have a few miles between our household and his in-laws (and they might feel the same way), there are lots of reasons that lead me to conclude this was a grave error (and in some moments, Bob even concurs). It would have been much easier raising a family with my parents within walking distance. As we work on slowly transitioning the farm, the burden of managing two properties is a perpetual struggle. Every morning when Bob swills down a cup of coffee and has to drive down the mountain to move the chickens and repair fence lines, the mistake sloshes around in our gas tank.

This mistake is at the fore of my mind following a letter I received last week from a young radical homemaker, in her mid-twenties, newly married with a partner who shares her dream. Saddled with nearly $100,000 in student loans, their life is not where they want it to be right now. They are renting an apartment in the suburbs; they are both working full time to pay off their debts, canning their tomatoes every August, dreaming of a homestead someday. They feel alone in their dreams, with no community to support them. They are frustrated at their expenses and their commutes. They are angry that they were sold a bill of goods about student loans for degrees that not only fail to serve their life path, but that have derailed them from their dreams as they work to pay off their obligations.

They, along with about 40 million other Americans, are lamenting their first big mistake.

I could make a list of money-saving tips for this young couple: ditch the iPhone subscription, ditch the digital tv service, ditch the visits to Starbucks, ditch the dinners out, ditch the Netflix. Use the library instead of Amazon. Take odd jobs that increase weekly income while building community relationships: mowing lawns, driving for the elderly, babysitting, painting decks, weeding gardens, shoveling driveways. Make soap and sell it on Etsy. Find a local farm and help on weekends. Don’t just make the minimum monthly payments — pay down a little extra every single month. If a windfall happens along the way, pay down a lot extra.

But I’m guessing they know this.

What I think is more important, however, is making sure the first big mistake doesn’t transmogrify into a second big mistake: letting a perceived bad choice poison their lives.

Everyone is angry about student debt right now. Countless grassroots organizations are working to combat the problem, and it deserves public attention. It is worthy of our activism. But it is not worth abandoning the journey toward the goal. It is not worth coming home angry at the end of every day spent in an unwanted cubicle. It is not worth poisoning marriages, tarnishing a tender kiss, spoiling the joy of intimacy during a Saturday morning lie-in, or ruining a few moments on a summer evening spent sipping cool air while perched on the steps to an apartment. It is not worth sullying the daily affirmations of “I love you,” and “I believe in you.” And most importantly, it is not worth abandoning one’s deepest dreams.

Everyone on the radical homemaking path confronts mistakes. But in a movement like this, where we need to unravel an unsustainable culture and re-think our societal assumptions, mistakes hold tremendous value. Bob’s and my mistake to borrow money and buy a separate house led us to challenge the mainstream exaltation of nuclear families and housing debt. As our family grew and our tiny house expanded to accommodate children, every change was made with an eye toward enabling future generations of our family to cohabitate. Aware of our mistake, our family doesn’t inculcate our daughters with phrases like, “when you’re 18, you’re on your own,” or “when you own your own house…” We let them fantasize about how they will use our farm, our house, to meet their own dreams. Maybe Saoirse and Ula will someday own a place of their own. But they no longer have to. We assure them that there will always be room for them, just like many families across the country who are waking up to the power of intergenerational interdependence. We are teaching a new generation to have new expectations that are more in line with the carrying capacity of the planet.

And as for the education debt mistake, that, too, is important. Regretting student loan debt opens our eyes to important realizations about education: While diplomas can be bought for a price, education cannot. It must be taken. It cannot be given. We are re-conceiving what higher education means for future generations. While many of our current generation’s radical homemakers are working off student loan debt, they are simultaneously helping their own children remain open to apprenticeships, independent study, online coursework, mentoring relationships. Mistakes are typically the very first steps toward bringing about positive change. As long as this young couple shares a common dream, as long as they keep working toward it, the mistakes will only make the journey rich.

At it’s core, radical homemaking is not about having a homestead. It is not about being free of financial obligations. It is not about living easily while living light. These are things to which many of us aspire; but ultimately, it is about those simple words Bob used when he first proposed to me: having a really nice life together — one where we live by our deepest values, and where each mistake is forgiven as it helps to make us wiser, and where we find people at the end of every day to whom we can turn and say “I love you,” no matter how much money is in the piggy bank.

This post was written by Shannon Hayes, whose blog, RadicalHomemakers.com and GrassfedCooking.com, is supported by the sale of her books, farm products and handcrafts. If you like the writing and want to support this creative work, please consider visiting the farm and book store on this site. Read more about Shannon Hayes below.

If you would like to support Saoirse and Ula’s entrepreneurial endeavors, Ula’s greeting cards are available for purchase here. (For the record, they share the proceeds.) 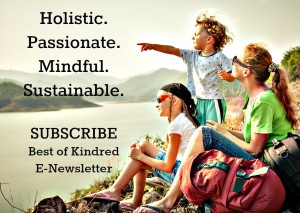 Cultural CreativesParenting for Social ChangeWorking for a Living
Share FacebookTwitterGoogle+ReddItWhatsAppPinterestEmail

Shannon Hayes works with her family raising grassfed livestock on Sap Bush Hollow Farm in West Fulton, NY.  She holds a bachelors in Creative Writing from SUNY Binghamton, and a Masters and Ph.D. in Sustainable Agriculture and Community Development from Cornell University.  In addition to homeschooling her children with her husband, Bob Hooper, Hayes hostsgrassfedcooking.com and is the author of The Farmer and the Grill and The Grassfed Gourmet.  To contact her, write toshannon@radicalhomemakers.com.

Are We “Civilized To Death?”