An Excerpt from Out of Control: Why Disciplining Your Child Doesn’t Work… And What Will

“My child just doesn’t listen to me,” a parent tells me. “No matter what I say, I may as well be talking to the wall. Homework is a nightmare, chores are a constant battle, everything is a struggle.”

“What did you do the last time you were caught up in a struggle?” I ask.

“First I yelled at her. Then I threatened to take away some of her privileges.”

“Give me an example.”

“Instead of doing her homework, she was playing games on her computer all evening long. So I took her phone away for two weeks.”

“All hell broke lose. She yelled at me, saying she hated me and never wanted to talk to me again. She wasted another two hours crying in her room. I’m running out of things to take away from her. Nothing makes a difference!”

Does this sound familiar?

Which parent hasn’t threatened their children at some point? If they are mouthy with us, we take away television time. If they roll their eyes, we cancel their play date. If they don’t do well on an exam, we deny them a trip we promised them to Disney World. If they don’t clean their room, we take away their iPod. Caught in a cycle of If you don’t________, then I will________, we exhaust ourselves trying to control our children.

Most parents find themselves in an endless system of bartering with their children. I call it the “prisoner-warden” approach to parenting, in which the warden is required to closely monitor the child’s actions. The child, in the role of prisoner, does something right or wrong. The parent, acting the part of the warden, swoops in to dish out either a reward or a punishment. The prisoner soon becomes dependent on the warden’s control to regulate their behavior.

This system of rewards and punishments undercuts the child’s capacity to learn self-discipline, subverting their inherent potential for self-regulation. Becoming a mere puppet whose performance is entirely dependent on the warden, the child learns to be externally motivated rather than internally directed. As the years pass, it becomes unclear who the warden is and who the prisoner is, as both torment each other in endless cycles of manipulation.

It isn’t a happy situation for any parent to be in the role of warden. I ask parents if they like this role, to which they vehemently answer, “Absolutely not.” Yet when I point out how they are in fact playing this role and suggest they stop, they look at me as if I had two heads.

I say to them, “Disciplining your child by taking away their phone, or by yelling, grounding, or slapping them, only perpetuates the problem instead of resolving it. You are seeing the evidence right before your eyes that discipline doesn’t work. If it did, your child wouldn’t still be engaging in this behavior.”
Is there anyone who doesn’t believe we have to discipline our children? I believed in discipline for years. I yelled, tried time outs, and threatened. I believed it was what was required of me as a parent. No wonder then that when I suggest to parents that discipline isn’t only unnecessary, but actually feeds the negative behavior they are trying to correct, it’s as if I had asked them to give up a birthright.

“What do you mean?” parents demand indignantly. “How can I not discipline my child? They won’t do anything if I don’t scare them or punish them.” Hearing the almost panicked tone of these parents, I realize how entrenched most of us are in our belief that discipline is a cornerstone of parenting. I also see the repercussions of this approach to parenting, in that the child truly won’t do anything without being threatened or bribed because they have become addicted to being constantly controlled.

When we engage with our children from the belief that child discipline is a vital aspect of our role as parents, we assume children are inherently undisciplined and need to be civilized. Ironically, the most heavily disciplined children are often those least able to control themselves.

Without ever really thinking it through, we’ve bought into the belief that without discipline, children run wild. We interpret all their misbehavior through this lens. I’m suggesting just the opposite. What we think of as “discipline” is detrimental and fails to produce the kind of behavior parents so long for in their children.

Originally the word “discipline” had a benign meaning, associated with education and training. But ask any parent today about discipline and they assume you are talking about a strategy to control a child’s behavior—a strategy that revolves around the parent exerting their will over the child.

Parents actually ponder the question, “What can I take away from my child that my child particularly enjoys, so they’ll get the message?” It doesn’t occur to them to ask whether the thing being taken away is in any way related to the behavior. The parent believes that depriving their child of this particularly treasured item or privilege will jolt the child into paying attention.

To see how nonsensical this approach is, let’s translate it to an adult level. After you have agreed to go on a diet, your spouse catches you cheating with a bag of donuts, and takes away your car keys to prevent you going to the donut shop again. Now, how do you feel? Or you are late for a lunch date with a friend, so your friend demands you give her your favorite piece of jewelry. Again, how do you feel?

I think we can agree that such actions are counterproductive to developing a good marriage or a strong friendship, let alone to keeping you away from donuts or being tardy again. Well, much of what we call “discipline” is just as nonsensical to our children—and just as deeply resented.

Ask yourself, what’s the connection between:

Parents admit to me, “I find myself making threats without even thinking about it. I feel so angry, they just fly out of my mouth. Then once I make them, I have to follow through, or my child will think I don’t mean what I say—and then all hell will break loose.”

I respond, “Maybe things improve for the moment. But by using this approach, has the situation been permanently changed?” 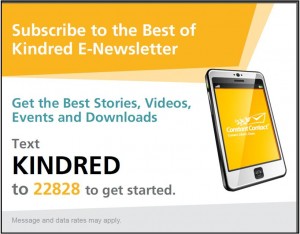 Every parent of whom I ask this question admits, “No, never.” As one person confided, “I hit that wall when my oldest was four. I thought, ‘It can’t have to be this way. Human beings, kids, are good!’ She is now eleven, and she has never seen, nor heard, nor experienced blackmail, threats, or punishment.” The fact is, this heavy-handed, dominance-based approach achieves nothing positive. Indeed, research has verified that punitive techniques carry long-lasting detrimental consequences.

Whenever I talk about this a parent will say to me, “But I was disciplined. In fact, my father walloped the life out of me—and I turned out fine.”

I don’t get into a debate about whether the parent is truly “fine.” I’ve learned that such a debate fails to get to the heart of the matter. Instead I ask, “How did you feel when you were being punished or beaten as a child?”

If the parent is honest, they then say something like: I hated it, I cried a lot, It terrified me, I hated myself, I just wanted to run away.

I ask the parent, “So why do you discipline?”

Predictably the answer is, “Because I want my children to learn. How will they learn if I don’t teach them?”

If our aim is to teach a child, I’ve already hinted that discipline is the enemy of teaching. Contrary to what almost everyone believes, far from being synonymous, discipline and teaching are worlds apart.

To illustrate this, think back to how you felt when you were sent to your room, your favorite television program was turned off, you were grounded so you couldn’t see your friends, your phone was taken from you, you were yelled at, or you were spanked. Did you feel good? Did it become natural for you to do what it intended to teach you? No, what you learned is, “My parents are the boss, so don’t piss them off.” You likely also learned that your parents treat other adults, work associates, and maybe even pets with more respect than you.

Because discipline seems related to their parent’s whims rather than something reasonable, it always triggers resentment in children. Though they may comply with our demands because we force them to do so, internally they develop a resistance not only to what we are asking of them, but even more so to us as the messenger. Their resistance, or at best half-heartedness, intensifies the parental need to control, as the parent bears down on the child, believing the stricter they are the more the child will comply. It’s this resistance that becomes emotional plaque, creating barriers to learning, growth, and—most of all—connection between the parent and child. The child’s behavior may fall in line, but their heart doesn’t. There’s no buy-in on our children’s part.

Shefali Tsabary, Ph.D., is a clinical psychologist with a private practice in New York. She received her doctorate in Clinical Psychology from Columbia University, New York. As she was exposed to Eastern teachings at an early age, her specialty is in the integration of this Eastern philosophy and Western psychology. It is this blend of East and West that allows her to reach a global audience, and establishes her as one of a kind in the field of mindfulness psychology.Dr. Shefali has worked with a varied demographic; from survivors of the Tsunami to women from economically disadvantaged countries; from inner city youth to suburban families and corporate leaders. In addition to her private practice, Dr. Shefali conducts regular workshops on Mindful Living and Conscious Parenting around the world.Dr. Shefali is an author whose first book, "It's a Mom: What you should know about the early years of motherhood" debuted on the Indian bestseller list for four weeks. Her second book, "The Conscious Parent" is being published by Namaste Publishing.
Visit Dr. Shefali at The Conscious Parent.If you wish to contact Dr. Shefali Tsabary, you may do so at:drshefali@globalid.com